Ferry Corsten Twice in a Blue Moon “The Experience” Coverage

Thousands of screaming dance fanatics danced till dawn. The sound and light show alone was incredible. And in the middle of it all stood DJ sensation Ferry Corsten, considered one of the premier Trance artists in the world. Corsten’s stop at the Forum de Beyrouth for his first-ever worldwide concert tour for his highly acclaimed dance album, “Twice in a Blue Moon” (TIABM), was, in a word, phenomenal. Dance floor destroyers “Radio Crash”, “Made of Love ” (featuring Betsie Larkin), and current chart-topping single “We Belong”, not to mention unprecedented stage effects and spectacular live guest performances by trance legend Solarstone and Lebanon’s infamous local DJs, Ronin & Nesta, enraptured the crowd during this epic night.

Partnering Corsten’s frenzy-inducing tracks was signature drink Poliakov vodka, a staple at all clubbing scenes this year. Poliakov’s premium category vodka won the 2008 Drinks International Vodka Challenge in the Best Premium Vodka category. It is the only Russian vodka distilled six times, for a clean, crisp taste that – whether experienced on the rocks or in a mixer – takes you straight to the heart of every party. It’s the new, extreme vodka for Beirut’s capacity for extreme revelry. 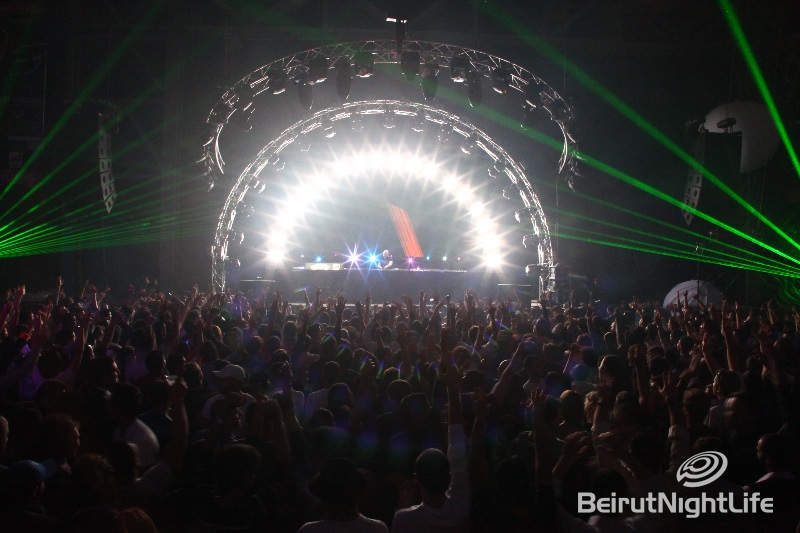 The Dutch superstar promised “an unbelievable night”. With the Forum kitted out with an array of giant white inflatable baubles, scantily-clad dancers performing acrobatic feats that wowed fans, and Corsten’s set whipping up a frenzy, “unbelievable” could very well be an understatement.

BeirutNightLife.com team was there to bring it all to the comfort of your home.

Beirut the Only Way it Should Be!