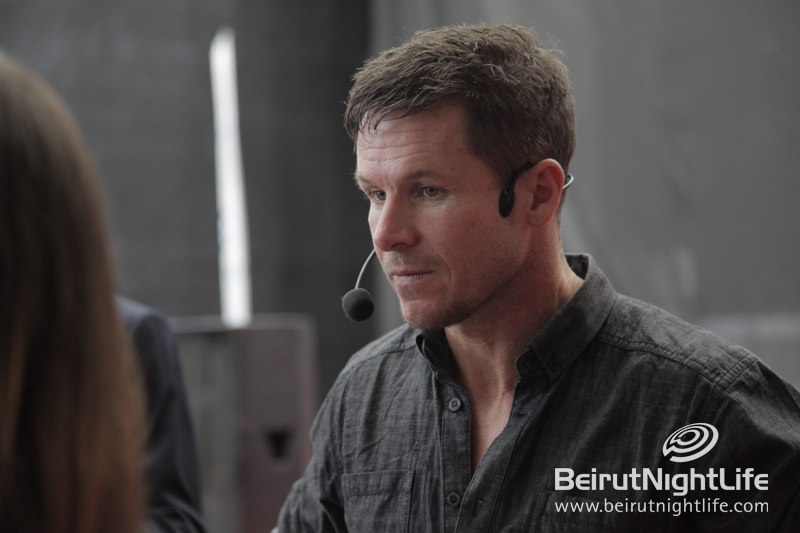 Felix Baumgartner the  Austrian skydiver, daredevil and BASE jumper, was the highlight of Day 3 at the MENA Cristal Festival. The Austrian daredevil who set the world record for skydiving an estimated 39 kilometres (24 mi), reaching an estimated speed of 1357.64 km/h (843.6 mph), or Mach 1.25, on 14 October 2012, and became the first person to break the sound barrier without vehicular power on his descent.

Mr. Baumgartner spoke to the media and attendees about his experience and the session was extraordinary. The daredevil mentioned that this is his second visit to Lebanon, after he was invited in 2003 by former Lebanese president Emil Lahoud, after he successfully crossed the Great English Canale, and shared Presidents Lahoud swimming skills said Felix joking.

When asking him the very humble and modest skydiver about his worst fear during the historical jump he said it was his space suit and he almost quit the project because he couldn’t stand the suit he was wearing. He also emphasised that he had confidence in his team, his skills and his technique with a project that big taking planning process of 5 years.

Felix also spoke about his father a carpenter and was a no fun kind of a guy, like most of the post war generation. He mentioned that his dad wanted him to have a more “decent” career so he joked saying “I guess I screwed up”.
About MENA Cristal:

The MENA Cristal Festival has been created in 2005 with the aim of introducing a new competition for advertising in all the North African and Middle Eastern countries. It rewards the best advertising creations with the famous « Cristal » trophy, and therefore profits from the characteristics which made the success of the Cristal Festival (in Switzerland).

This event has been created as the First Advertising Festival for the Arabic Countries and it gathers all the communications actors in the world: advertising agencies, advertisers, producers, directors, media, survey companies, TV producers… in a series of rich and convivial exchanges.

The ambition of the Festival is to associate creativity and business, and to promote Arabic advertising creativity, it is a real place of exchanges and networking!