Faithless Live in Concert- Insomniacs: Beirut is Where I Heal My Hurts!

On July 25, as part of the Crystal Group Summer Festival, the world’s most legendary electronica band shook Beirut to its core with timeless hits we all grew up to. 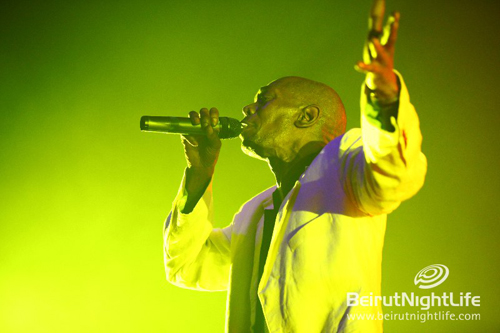 Faithless’ Maxi Jazz, Sister Bliss, and their crew tore up the stage at Forum de Beyrouth with fans going crazy in the intimate space specially assembled for this magnificent event. 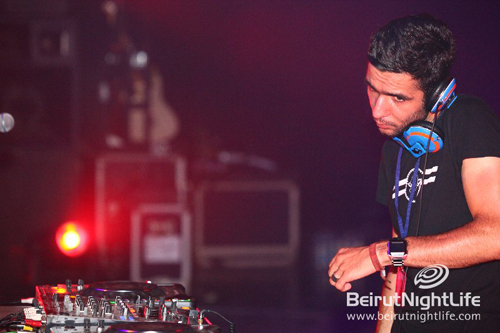 With a giant LED screen in the background, the stage elements were carefully constructed to allow for the electromechanical magic to come alive for fans in Lebanon who have been waiting 15 years for the infamous British band.

Sister Bliss, who creates most of the music, had her trademark four-organ set-up surrounded by synthesizers and walls of speakers. Maxi Jazz was a few meters away uttering the lyrics we all know by heart and preaching his messages of peace, love, equality, compassion and oneness.

Behind Jazz was the highlight of the stage, with two podiums for Faithless’ drummers. One set though was something rarely, if ever seen before. A cage-like structure housed the female drummer who was standing in the middle of acoustic drums, symbols, digital drum pads, a huge gong, wind chimes, a xylophone, tam-tams, and several other instruments not normally present in a traditional band’s itinerary. The drummer energetically jumped, turned and twisted, making the most out of all the instruments and gadgets at her disposal 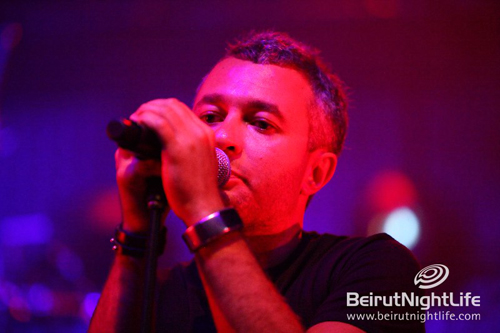 “God is a DJ”, “Weapons of Mass Destruction” and the all-time favorite, breathtaking dance anthem, “Insomnia” threw the crowd into frenzies of bass-induced dancing, coupled with sweet feelings of nostalgia for one of the songs that shaped the past decade and continues to rock dance floors all across the world today.

Faithless also performed songs from their latest album, with “You’re the Sun to Me” and “Not Going Home” reminding everyone that ever since their 1995 debut, Faithless have proven to the music world that electronic music in band form is a viable and beautiful genre, and one that combines the best of both worlds: electronic music and mechanical music… 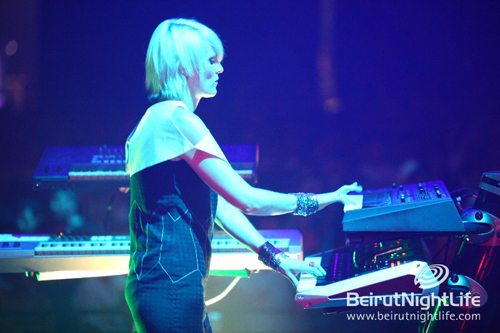 Jade and Diamond Setter kicked off the concert in peculiar fashion, with Jade, one of the biggest underground DJ’s in Lebanon, showcasing his vocal talents alongside the JDS trademark tech-house and minimal, setting the mood for the Faithless performance.

Faithless live in concert was a world-class gig, with an amazing set-up, sublime sound and surreal visuals embodying the essence of Faithless’ musical style, a style that has helped launch careers of artists such as Dido, Rollo’s sister (Rollo heads and produces Faithless). As individuals, Rollo, Maxi Jazz and Sister Bliss are beacons of talent and ingenuity in their respective fields. We got to witness them as a band, and it was a truly memorable spectacle!