Exclusive BeirutNightLife: Laszlo Jones “Born in Beirut, and glad to be back!”

Laszlo Jones held am amazing concert at the Basement Beirut on May 7th, 2010. The composer, writer and producer the “Banana Nation”, is also a self proclaimed ‘king of the world’. Jones has a blend of different musical culures that he passed through in his life, with oldies sound of  Harry Belafonte, loud breaks of hard rock and metal, Broadway musicals in his interpretation, a tune of Stevie Wonder’s magnificent music, and many more. 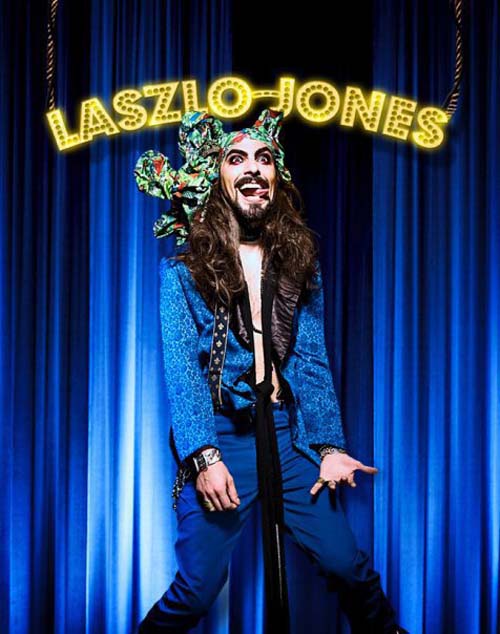 A Statement by Laszlo: (What can I say, I love life. I love travels, alcohol, music, sex, smoking, and unhealthy food. I think life is short, and should be lived fully, and most of all, enjoyed. To those who say “Don’t eat all that fat you’ll get cholesterol”, or “quit smoking you’ll get lung cancer”, I say, “ we’ll probably both die of brain damage from our mobile phones, and who the hell knows where we’ll be 50 years from now, so cut the crap and take it easy…”)

Check out the exclusive video interview with Laszlo Jones, only on BeirutNightlife.

Laszlo Jones is in essence a globe trotter. During his childhood, his family moved often, taking him to Singapore, Bangkok, Bahrain, Milan, and Chicago. He had a traditional musical education: he started the cello when he was but 4 years old, the piano at 7. At home, the record player was always on: his father listened passionately to Wagner, his mother being a fan of Stevie Wonder and George Benson. During his teenage years he met Led Zeppelin and AC/DC, which initiated him to the metal and progressive rock tendencies. He soon became himself frontman a few underground rock bands but due too a tragic accident he lost his ankles while fighting a goat .

He pursued his studies in London and Paris, where he sang in many different rock ensembles, performing relentlessly in bars and small underground scenes.

Laszlo’s music is a reflection of the life he led and the places he’s seen. His long travels have made him conscious of the disparities between nations, the overall struggle of mankind, and his natural curiosity made him absorb all the different musical trends and cultures he has come in contact with. “My dad is Dutch, of American and Hungarian descent, and my mother has Turkish and Italian blood. “I’m just like a double bacon cheeseburger with extra pickles and onions, and a touch of lice”.

Laszlo Jones composed, wrote, arranged and produced his first record called “Banana Nation” himself. The result is a real blend of all the different musical universes that he crossed in his life: the oldies sound of Harry Belafonte and his calypso, wild instrumental breaks of hard rock and metal, the smell of Broadway musicals that seeps in his interpretation, melodies reminiscent of Stevie Wonder’s golden age, and a groove that rests on a dazzling orchestration of hip-hop programming and heavily funky guitars and keyboards.

His lyrics are sometimes influenced by the things he has seen and brought home from different lives and travels, (“Banana Nation”, “My Babe’s Gone Black”), sometimes more introspective (“Spinning around”, “Free”), but always smart, cynical, and funny, politically incorrect. Laszlo Jones loves to incarnate what he despises, like a bad conscience. He prefers caricature and second degree humour to moralist preaching.