Beirut lived a wild night during the Spain VS Italy Euro 2012 final game.. Painted faces, flags, drums, Spanish & Italian team shirts, fireworks, horns, vuvuzella’s and supporters filled the streets, cafes, restaurants, and pubs in Beirut. It was an amazing game, or at least from the Spanish supporters side, and the atmosphere around town was spectacular. The streets of Beirut turned into Kiev as celebrations kept going till the early hours of the morning. 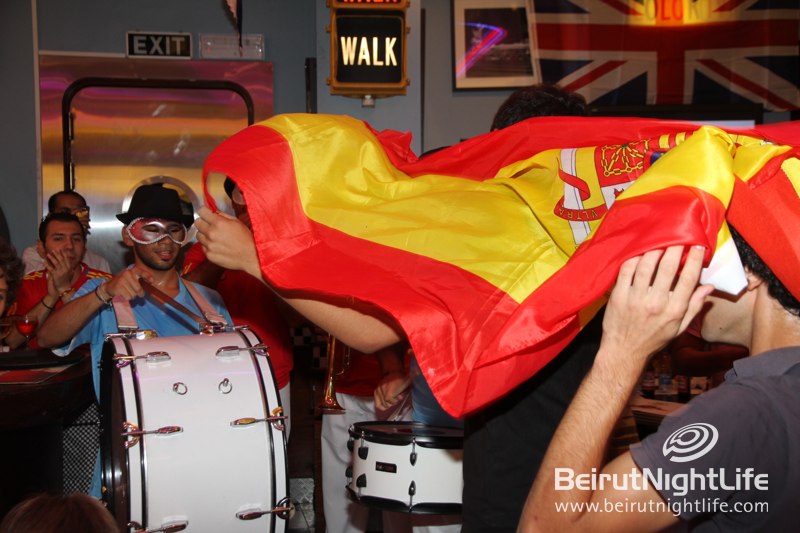 BeirutNightLife.com captured some hot spots and celebrations in Beirut.

Euro 2012 Final with Budweiser at Bobs