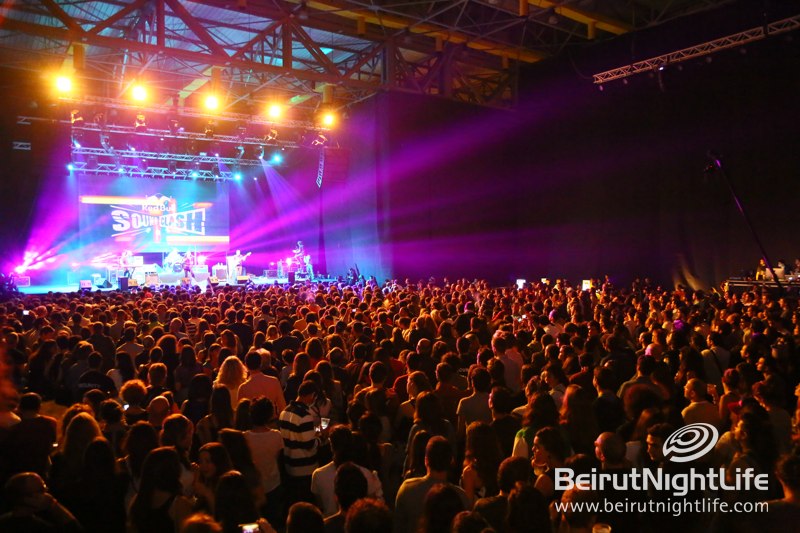 Weeks ago we saw the ” Who Killed Mashrou’ Leila” posters all over Beirut… Then on November 23 we found out what it all meant. The event by Red Bull was a unique, first-of-its-kind concert where the two giant Lebanese bands, Mashrou’ Leila with their folk sounds and Arabic balads, and Who Killed Bruce Lee with their funk rock original hits, had a battle of the bands competition of epic proportions at the Forum De Beyrouth. Two stages were set up across from each other at the venue, with the crowd in the middle looking on in one direction and then another, while host Nemr Abou Nassar introduced the bands and competitions. The bands faced off with several musical competitions, playing their own and each other’s original songs, as well as playing covers of international hits ranging from Britney Spears pop songs, to RnB classics, Arab Rock and Raggae. JADE spun the hits, and the bands created their own unique sounds with each song. The place was jam packed with a wild crowd who cheered, sang along and had a blast with the musicians and each other on the floor. It was a truly one-of-a-kind Funked-up and Folke-up SoundClash of the titan musical forces of Lebanon.