‘Ekher Beit Bel Gemmayzeh’ is back!

The Lebanese comedy ( The last house in Gemmayzeh) by Betty Taoutel resumed its shows at Monot Theatre. The Tragi-comedy in Franco-Lebanese focuses on the famous Gemmayzeh street and the recent boom especially in the night life and the traditional nature of the street. The two year old project was initiated alongside the Gemmayzeh residents call against the nightlife in the street. 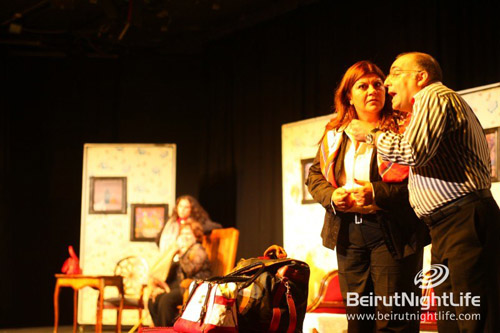