Divinity of Lebanon in Islamo-Christian AVE

A divine arrangement of an Ave Maria accompanied by the divine words of the Adhan “Allah Akbar”, was out of this world. An idea from the angelic voice Tania Kassis at the occasion of the designation of March 25 (Annonciation Day) as National Islamo-Christian Holiday in Lebanon. 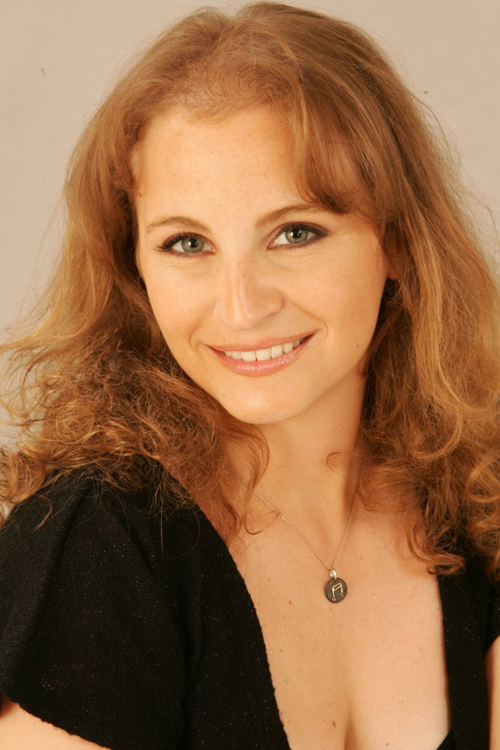 You can not but admire this music, the singing, the holiness in the moments your ears listen to such a mixture of sounds. The song symbolizes the unity, the spirituality, and the solidarity of Lebanon. This is Lebanon, this is the Adhan and the bells of the church in harmony, to live in harmony, to build together a country in devotion and harmony.

Tania Kassis started her first singing lessons at the age of 16, and gave her first solo opera concert at 17. The next year, she interpreted Cosette in the Musical « Les Misérables » at the UNESCO Palace in Beirut.

This participation had such a success that she was granted the Medal of the town of Ottawa-Hull, the Lebanese Achievement Medaland an Excellency Certificatby « The Canadian Lebanese Professional and Business Association of Ottawa ».

In 2003, she enters the Paris Conservatory in the class of Mr Pierre Catala, qualified by the Julliard School of New York. During this period, she discovers the Musicals and she gives a concert « Special Musicals » at the conservatory and then at the Estivals of Deir el Qamar (Lebanon).

In October 2006, she becomes a member and soloist of the Choir of the Paris Orchestra (le Chœur de l’Orchestre de Paris) and participate regulartly to it’s concerts at the prestigious Salle Pleyel.

In August , she presents « L’Amour à l’Américaine », a jazzy concert that had a huge success at the Faqra Festival, and finishes the year 2007 with a big Christmas Concert untitled : “Christmas From The Movies” at the Palais des Congrès of Beirut, accompanied by a 12-piece orchestra and movies projections. This concert was attended by more than 1500 persons!

2008 was very rich in concerts: “From Mozart to Gershwin” and her role of Christine in “The Phantom of the Opera” in Paris, a concert in New York for the 125th anniversary of Gibran Khalil Gibran, “The Magic of Broadway” in Lebanon that received excellent comments in the press: “Une voix qui ensorcelle et séduit. Cette voix, on l’écouterait les yeux fermés juste pour le plaisir de la musique” L’Orient-Le-Jour.

She finished the year with a Latin American Concert Tour passing by Venezuela and Colombia, and a concert at the UNESCO Palace of Paris celebrating again the 125th anniversary of Gibran Khalil Gibran and sharing the stage with the famous french singer Francis Lalanne.

This year, Tania Kassis presented 2 Islamo-Christian Concerts in Paris & in Beirut. She composed for this occasion an “Islamo-Christian AVE” (an Ave Maria mixed xith the Muezzin “Allah Akbar”.

She perfomed in July at the “Christian Song Summer Festival” in Batroun, twice in August at the Faqra Festival (“Around The World” Concert and “Around The Virgin Mary” Concert), and in September at the Saida International Festival organised by Mrs Bahia Hariri “Oumsiya Loubnania”.

Tania Kassis has also been invited to be part of the big Opening of the VIth Francophony Games that took place at the “Cité Sportive” in Beirut and that was attended by 30,000 persons as well as the Lebanese President Michel Sleimane, the French First Minister François Fillon, Mr Abdou Diouf, the Prince Albert II of Monaco and other lebanese and international personalities. Tania Kassis sang her “Islamo-Christian AVE ” to represent the city of BEIRUT!

In November she offered a second concert in Colombia at the Teatro de Bellas Artes de Bogota that had a big success. She also sang a Maronite Mass at the famous Catedral de Sal that has been transmitted by several local television channels. She ended the year participating to the Second Festival of Sacred Music (Beirut Chant) with her “I’ll Be Home For Christmas” Concert at St Louis Capucin Church.

On February 14th 2010, Tania Kassis has been asked by the Lebanese Prime Minister Mr Saad Hariri to sing theIslamo-Christian AVE at the Martyr Squareduring the big commemoration of Rafic Hariri’s Death in front of more than 200,000 persons.

Some of Tania Kassis’ main performances

FRANCE
2009:Islamo-Christian Concert organized by the World Lebanese Cultural Union and the Lebanese Businessman’s Association of France at Collège des Bernardins in Paris. In March,special Participation honoring the Lebanese President Michel Sleimane at the occasion of his trip to Paris

2008: Concert with the famous french singer Francis Lalanne for the 125 Anniversaryof Gibran Khalil Gibran at the UNESCO Palace in Paris Role of Christine in “The Phantom of the Opera” (Private concerts in costume) “From Mozart to Gershwin” Concert at Conservatoire Francis Poulenc in Paris

2007: “Eternel Liban” Concert at UNESCO-Paris, under the High Patronage of the Lebanese Delegation of the UNESCO and her Excellency Mrs Sylvie Fadlallah, and with the support of the Lebanese Tourism Information Office of Paris. The aim of this concert was to promote the Lebanese cultural diversity (France)

UNITED STATES OF AMERICA
2008:Concert for the 125 Anniversary of Gibran Khalil Gibran at Colombia University in New York, organized by the New Pen’s League

CANADA
2001:Represented Lebanon at the « 4th Francophony Games » in Ottawa-Hull

VENEZUELA
2008:Fundraising concert in Caracas for the Lebanese Red Cross

2008:Fundraising concert at the Club Nogal in Bogota for the “Nuestra Senora del Libano” Association