For the second consecutive year, the Red Bull Music Academy conducted a bass camp in the Lebanese capital of Beirut on March 23rd, 24th and 25th with the participation of candidates from several countries across the Middle East. The Red Bull Music Academy Bass Camp was held at the Democratic Republic of Music (DRM), located at the heart of Hamra Street. 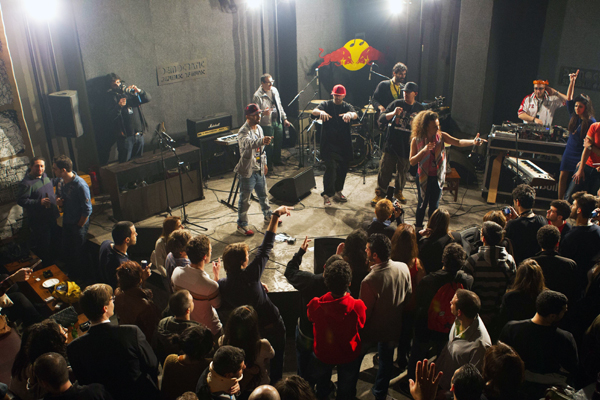 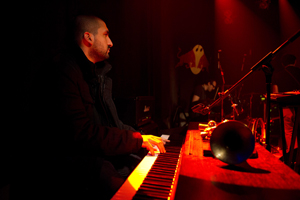 Forty participants representing the UAE, Saudi Arabia, Egypt, Bahrain, Jordan, Iran, Qatar and Lebanon got together under this interactive umbrella, which offered them a unique platform to engage, interact and develop their musical skills. A series of hardcore workshops were given by leading figures in the field of music, namely DJ Zinc from London, DJ Young Guru from New York, famous composer and trumpet master Ibrahim Maalouf from Paris and sound designer Fadi Tabbal from Beirut. These on-the-couch lectures were complemented with practical recording and jam sessions, adding to the hype of the Bass Camp.

Each day following the workshops and recording sessions, participants had the chance to 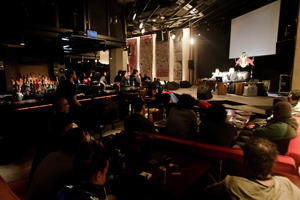 put their acquired tips and learning to test by performing in famous lounges and bars such as Bodo, Dany’s, Mojo and Pasteur. By doing so, these young talents set the venues ablaze amidst the amaze of the audience.

In its 2012 edition, the Red Bull Music Academy Bass Camp carried the special signature of “Let The Music Do The Talking”, which reflected indeed the authentic spirit behind the initiative.

BeirutNightLife.com salutes Red Bull for putting together such an amazing event for musicians to move forward with their creations.

Newer Post Ignite The Night: Lebanon’s To Do List March 28th-April 2nd
Older PostWooHoo! Lebanon Has Two of the Top 100 Clubs in the WORLD!