2011 marked the first year in which Beirut celebrates Danish cultural week. From June 11th until June 18th the people of Lebanon were invited to explore a different culture and absorb knowledge about Danish topics including the remembrance of Carsten Niebuhr, a man who returned from a mission (assigned to him but the Danish King) exploring the Arab world. 7 years later he returned as the sole survivor to tell the story of his journey. 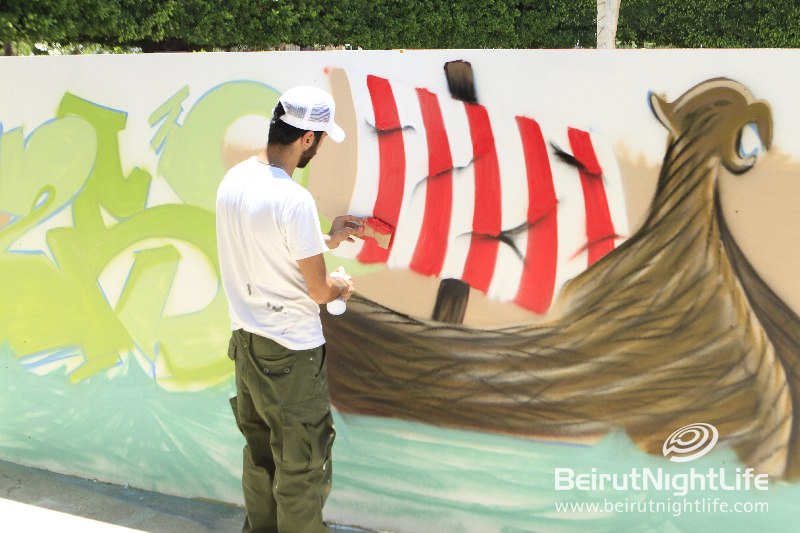 Activities for the week began with the tasting of Danish delicacies, networking events, a theatre staged puppet show, as well as a graffiti contest where the victor received a trip to Denmark, courtesy of Air France.

Mid week guests gathered at Theatre de Beyrouth to enjoy a Film screening of “RITE” (by Mancopy Dansekompagni), along with a live performance of “I drank the sea and my fire still burns” (by Aurelien Zouki).

The eventful week ended with talented Danish directors screening four documentaries at Hungar Umam.
An early morning meeting in downtown Beirut for “Bike Day” where Lebanese locals were invited to leave their car keys at home to enjoy bike rides around Beirut.

Closing the week was a youth and culture gathering. Danish DJ Krog Mogensen flew in from Denmark specifically to spin for the event supported by the Basement Club Beirut. Graffiti artist contest winner was announced, wrapping the week up perfectly.