Crepaway: The Art of Peace

‘The Art of Peace’ was the beautiful theme behind the opening of Crepaway’s newest branch in once war torn Sodeco. Crepaway poetically declared world wars to be over by recycling all prominent war icons and clichés into entertainment art that celebrated peace. 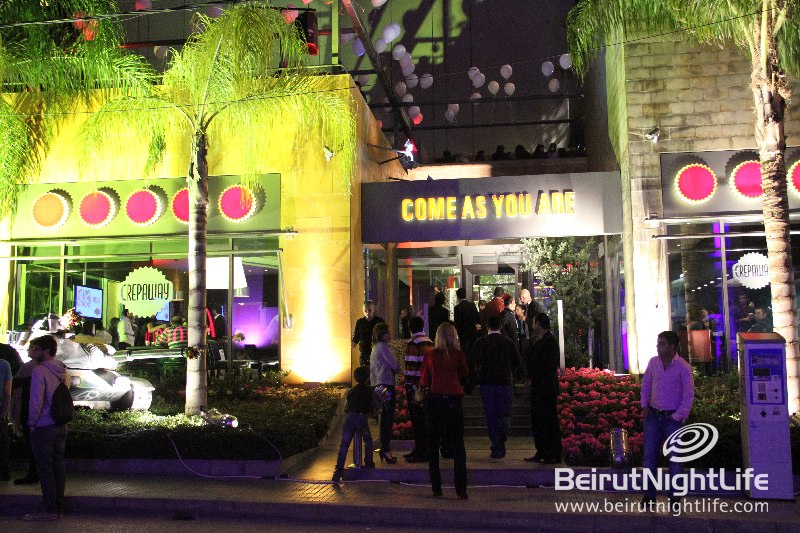 Crowds marched on through the new branch’s open doors, greeted by a monumental war tank transformed to resemble a 70s hippie van. Floral patterns and mushy messages covered the docile war machine, now turned into a picture perfect opportunity. Once everyone gathered it was time for the feast. For Crepaway knew pretty well that hunger was the real route of all-evil. Guests soon discovered that Crepaway burgers were the bomb. And as the peaceful reloaded on fires, notorious war icons made their appearance. Hired performers dressed as celebrity warheads played their roles, entertained the crowds, and marked the party’s history.

And as music soothes even the savage beast, the choice of DJs was crucial for such a peaceful gathering. Two of Beirut’s rebel-girl-talents, Djette and Mayaline, dropped their beats on the unsuspecting crowds. Mayaline the voice of Lebanese dance act Lumi invaded Crepaway Sodeco’s serene terrace space, uplifting her listeners to higher levels of peace. As the infamous Djette bombarded the main indoor space making sure the crowd was surrounded by happy tunes.

Crepaway Sodeco is the most recent of the brand’s strategic expansion across the nation. The choice of location is iconic, and the branch itself boldly stands as a site for sore eyes, with its door wide open. The Sodeco opening comes shortly after Crepaway’s latest two-branch openings in Habtoor and Saida. It goes to show that this is one brand that is all about fighting hunger and promoting peace.