A solo exhibition dedicated to the influential French artist and filmmaker Chris Marker took place at the Beirut Art Center. Marker is best known for his cinematic essays that explore the notions of truth, history, and memory, and that push the boundaries of the documentary. The show at Beirut Art Center presented Staring Back (2007), Owls at Noon Prelude: The Hollow Men (2005) and Immemory (1997). 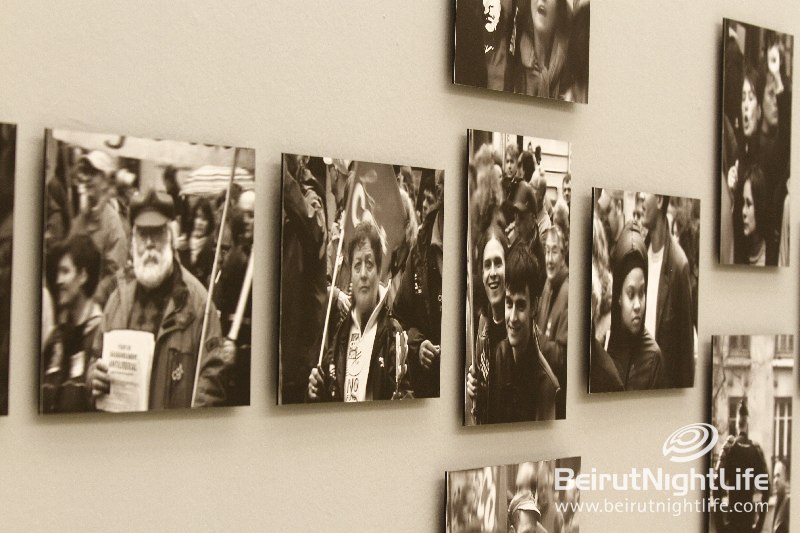 Staring Back is a collection of over 200 black and white prints selected from Marker’s personal archive of faces encountered by the artist throughout the course of his travels. Pivotal political events such as the riots of May 1968 and protests in Japan and Tibet loom large, alongside famous figures such as Akira Kurosawa and countless unforgettable and unknown others, in this hauntingly captivating portrait of humanity in the 20th century.

Owls at Noon Prelude: The Hollow Men is a multi-screen installation inspired by T.S. Eliot’s poem The Hollow Men (1925), a woeful elegy on the devastation wrought by World War I onto Europe. Marker combines his reflections on Eliot’s writing with images of atrocities, ruins, and victims in this morose commentary on the cyclical nature of violence throughout history and its lurking shadow in times of peace.From Staring Back 2007, digital prints Chris Marker: Staring Back was organized by the Wexner Center for the Arts, The University of Ohio, Columbus, Ohio.

The CD-ROM Immemory is a poetic “voyage” into Marker’s inner world through text and photography. The work departs from fragments of the artist’s autobiography to touch on the social and political in its investigation of the relationship between time, memory and the world.

On the occasion of the exhibition, London based artists The Otolith Group will also present their work Inner Time of Television (2007), a collaboration with Chris Marker. The publication and thirteen-screen installation features a thirteen-part television program created by Marker on the cultural heritage of ancient Greece entitled L’Héritage de la chouette (The Owl’s Legacy, 1989). The Otolith Group’s oeuvre explores connections between the past, present and future, and is influenced by Marker in its investigation of memory through the image and its sharp criticism of contemporary politics. The exhibition was accompanied by a series of talks by curators and theorists as well as screenings of films by Chris Marker at Beirut Art Center and Metropolis.