The world’s biggest Irish dance production, Riverdance made its first ever appearance in the Middle East at the Byblos International Festival 2010. For 5 consecutive nights, 40 dancers and live musicians will deliver the ultimate entertainment show. Attendees enjoyed the fusion of Irish and International music and dance, a show that gathered more than 22 million people around the world. 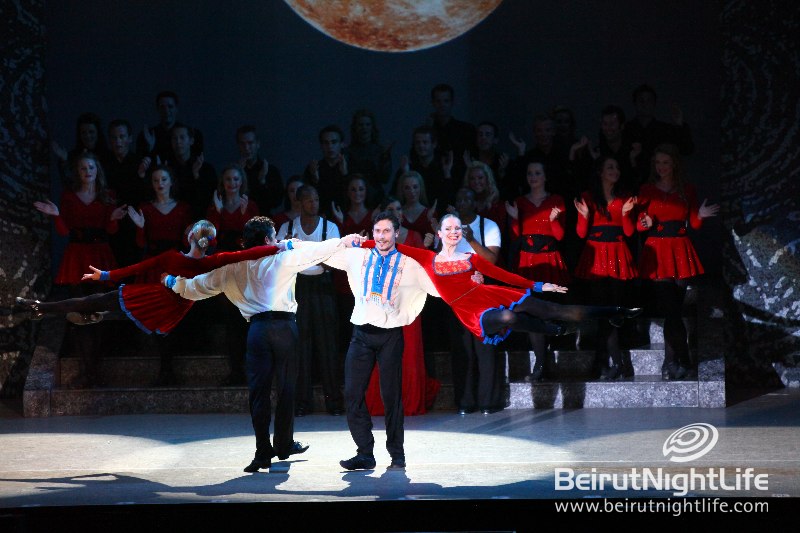 The crew consisted of 60 cast and crew members, with the remarkable Riverdance Irish Dance Troupe, the cream of Irish musicians in the Riverdance Band and an array of talent from Spain, Russia and USA, performing to the magic of Bill Whelan’s music.

BeirutNightLife.com brings you unique images of the Riverdance extravagant dance show, with professional high quality images only for you Lebanon.

The Facts
Since Riverdance began performances in Dublin 1995, the show has…
Played 10,000 performances
Been seen live by over 22 million people in over 350 venues worldwide, throughout 40 countries across 4 continents
Travelled 600,000 miles (or to the moon and back!)
Played to a global television audience of 2 billion people
Sold over 3 million copies of the Grammy Award-winning CD
Sold 10 million Riverdance videos