Byblos International  Festival 2011 kicks off with an amazing performance by the legendary Rahbanis who made the stage come to life with  colors, movement, music and art. 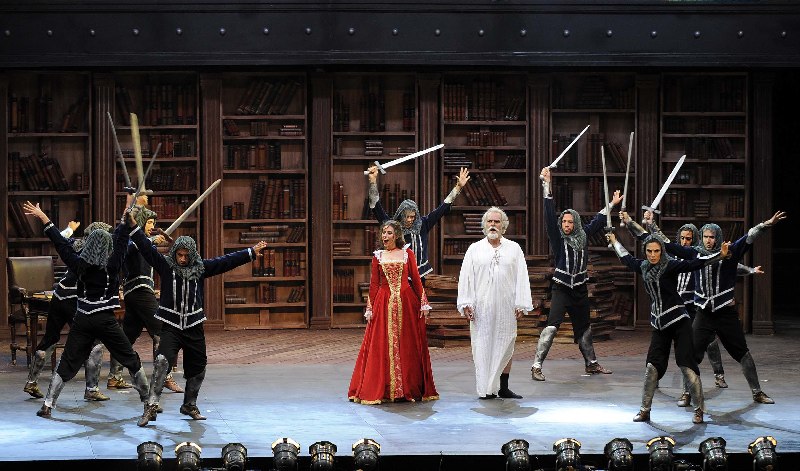 The house was packed. Everyone came to watch the Cervantes’ literary masterpiece, Don Quixote, a musical play created by Marwan, Ghadi and Oussama Rahbani for the opening of Byblos 2011 was attended by a full house. Don Quixote’s idealism clashes with Lebanese realities in this huge theatrical sensation starring Rafic Ali Ahmad, Hiba Tawaji and Pierre Chamassian. 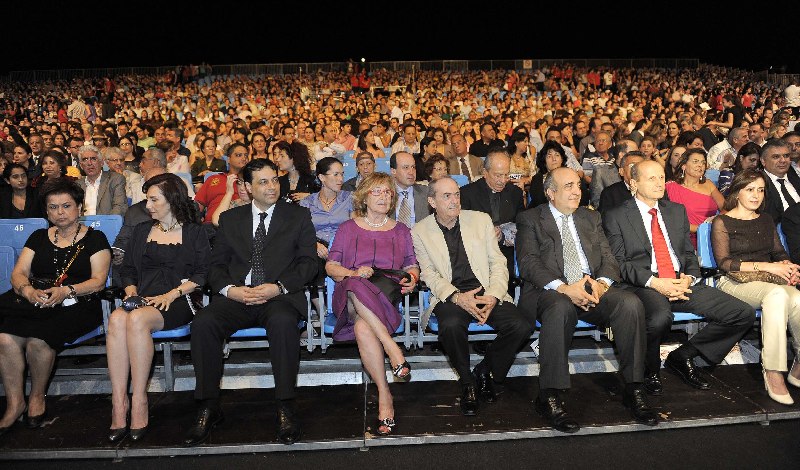 The new play we will be presenting this season at the opening of Byblos International festival is inspired by the most renowned novel in the world: “Don Quixote” by Cervantes:  a Literary wonder that achieved international fame just like the “Iliad” by Homer, the “Divine Comedy” by Dante, “Faust” by Goethe, and “Romeo and Juliet” By Shakespeare. And if we wanted to sum up this novel with one word, it would be “Sarcasm”, as it is the most sarcastic and satirical novel in western literature. Yet, stories that make people laugh make them weep too. 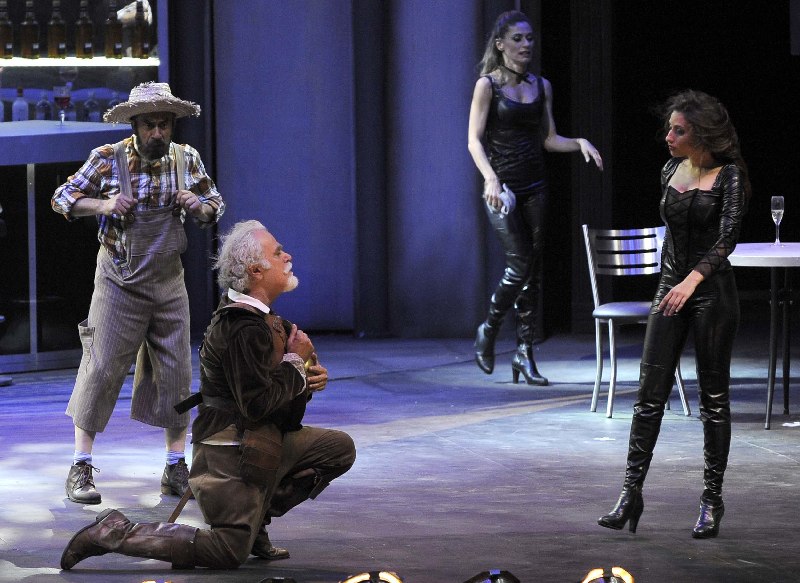 Because it is the time to dream, and what is a dream but a representation of truth and reality. “Don Quixote” or “Don Assaad Quixote” as he is named in the play, tried to sow dreams of change in the minds and spirits of his people; but he came up against a sad and ugly truth: some societies do not desire to change, and latch onto their diseases, hungering for corruption and following their leaders’ whims.

“Don Quixote” is a play that verges on dreams and fantasy, and that is presented with a revolutionary vision.

We set off from our environment, our country, and our reality to travel through a story that sheds light on corruption and injustice through an errant knight in love with his imaginary Dulcinea, whom he reverts back to purity after society had corrupted her. 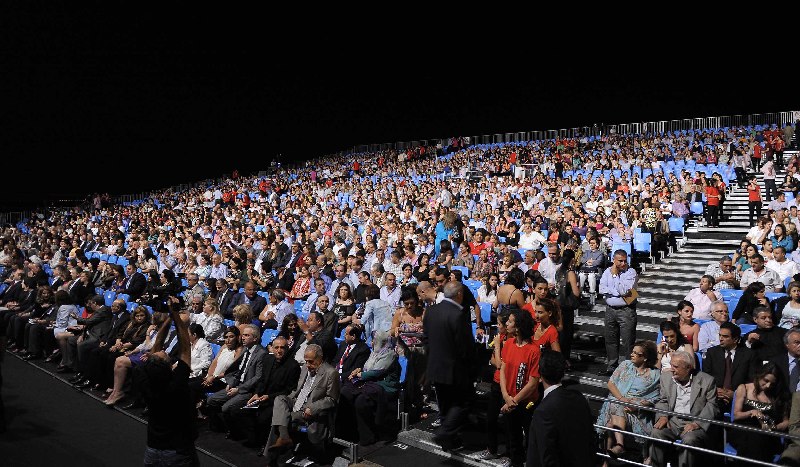 And here is the shameful equation: who is the victim and who is the oppressor, the people or the rulers? At times, they are both partners in crime.

We have taken the essence of the story and presented it in a play, which we introduced to you the general guidelines, leaving the details and dramatic an comic incidents for the performance.

With a new vision in direction, great production, dramatic script and lyrics, and dazzling composition and performance, this play will come to life with a high tech mobile décor, futuristic costumes, captivating choreography, and elite artists.

The concept and music are signed by Oussama Rahbani, the book and lyrics by Ghadi Rahbani, the direction by Marwan Rahbani, and the production by Byblos International Festival and Oussama Rahbani. “We hope “Don Quixote” will be a new and innovative version of the novel that has taught generation after generation. We hope that our people meet it with a pinch of conscience, to change the inhuman and unjust situations prevailing in our modern society.”