The 13th edition of the region’s finest show for jewelry, watches & luxury products was held under the patronage of the Lebanese Minister of Tourism H.E Fady Abboud -in association with the Lebanese syndicate of Expert Goldsmiths & Jewelers- and marked by the participation of Lebanon’s biggest gem players and key international players from India, Italy, Thailand, UAE & the USA. 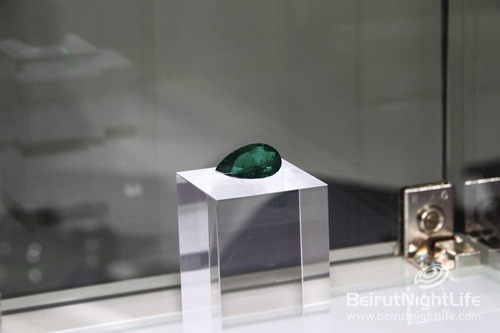 The ribbon cutting ceremony was conducted by HE Fady Abboud in the presence of Miss Lebanon 2010 Rahaf Al Abdallah, in addition to IFP Group’s Chairman Mr. Albert Aoun, Miss Sandra Ghattas Project Manager of BJW, topped with a long list of diplomats, businessmen, industry professionals and all “Beautiful People” of the capital…. A business social scene by excellence… 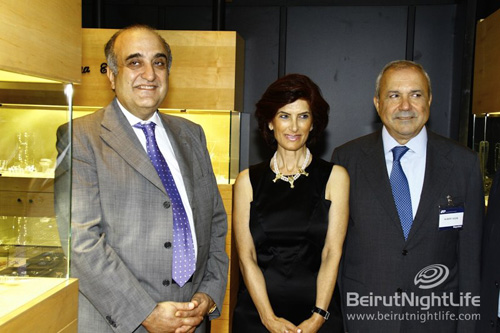 After the official ribbon cutting, HE visited the various aisles of the show among which were homed local jewelers & different participating countries showcasing their latest & greatest creations, a series of innovative models and state of the art designs.

Talking to Minister Abboud: “Lebanon has beaten all expectations this year in regards to tourists; the number of arrivals has skyrocketed during Q1 & Q2 and the Ministry is expecting even more! It is through shows like these that Lebanon confirms its position as the most praised touristic capital in the world.”

This year, Beirut Jewelry Week enjoys 2 facets: recreational and academic; in addition to being a launch pad for new collections & designs, red carpets, cocktails & special mundane happenings, IGI – the International Gemology Institute, the largest independent gem certification and appraisal institute Worldwide, is organizing an intensive course on polished diamonds for the first time in Lebanon, during BJW 2010, after it has been successfully conducted for years in several countries around the world. 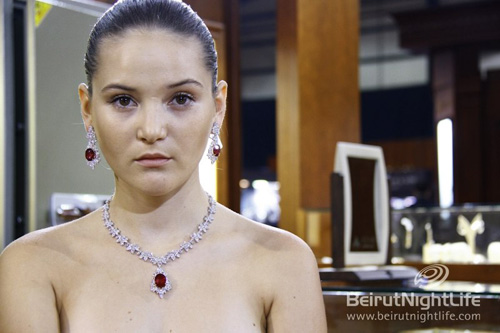 A series of glamorous events are also featured during BJW 2010, the first one was inaugurated by HE the Ambassador of Sultanate of Oman in Lebanon, Mohammed Bin Khalil Bin Saleh Al Jazmi which introduced the Arabian Heritage Collection by Michel Abdo Zeidan and Co. (Stand number D31); Voyageur also launched its new designs and collections through a private catwalk featuring HE Leila Solh and Superstar Nawal Al Zoghbi.

In the days to come, Effy’s is hosting a special Jewelry Fashion show and MUZO Columbian Emeralds is organizing a cocktail reception. L’Azurde will be briefing its visitors about their latest innovations in the presence of their brand Ambassadress: ELISSA. The International Gemology Institute Diplomas will be distributed to the program enrollers; the BJW will be concluded by a special draw on $6000,00 worth of diamond jewelry compliments of Dakessian Jewelers (Lebanese Lottery Certified) followed by a cocktail party.