In case you didn’t hear, for two years Red Bull has been putting on break dance battle events that will soon end in Rio! Here in Lebanon break dancers had the chance to win their break into the Red Bull BC One World Final, which will be held in Brazil this December. The battle for the title of world champion began with national cyphers, and on Saturday 12 May, B-Boy Ralph went head-to-head with 15 of Lebanon’s best B-Boys, winning the opportunity to represent his country in the regional qualifier held in Egypt this September. From there, the lucky winner heads to Rio de Janeiro for the much-coveted worldwide finals. 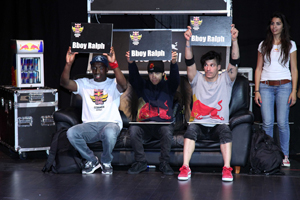 That is right B-Boy Ralph took the crown as Winner of the Red Bull BC One Lebanon Cypher. Lebanon cypher saw 16 B-Boys compete, with eight qualifying to the second round, four to the quarter-finals, two to the semi-finals and finally, one winner. Ralph brought the crowd to their feet with his stellar and entertaining dancing talent and foot-stomping beats, impressing luminaries of the international breaking scene, judges B-Boy Lamine, B-Boy Cico and B-Boy Lil G.

“My dreams are finally coming true and I am truly honored to have won the first stage of the world’s biggest breaking competition. I am, of course, so proud to be representing my country in the regional qualifiers in Egypt,” said B-Boy Ralph “I still have a long way to go and am going to continue to enhance my performances with intense training and preparation in the lead-up to the next stage.” 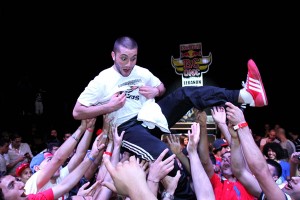 With over 60 local cyphers taking place across the globe, and six continental qualifier battles, the competition remains stiff to find the cream of the crop in today’s global breaking circuit. While the winners of each six qualifiers (hosted in Mexico, the USA, the Netherlands, Russia, Egypt and New Zealand) are guaranteed a spot in the finals, an additional 10 contestants will also be selected by a team of experts, for a total of 16 worldwide finalists partaking in Brazil.

BeirutNightLife.com wishes B-Boy Ralph all the luck and best wishes to make it to the final round in Rio, Brazil!