I believe all of you are still living the Aprilia experience at the YAS Marina Circuit for the California Super Bike school. As for me, the experience is still living inside, and the adrenaline rush built up again as I was taking off from the Beirut airport heading to Doha this time. 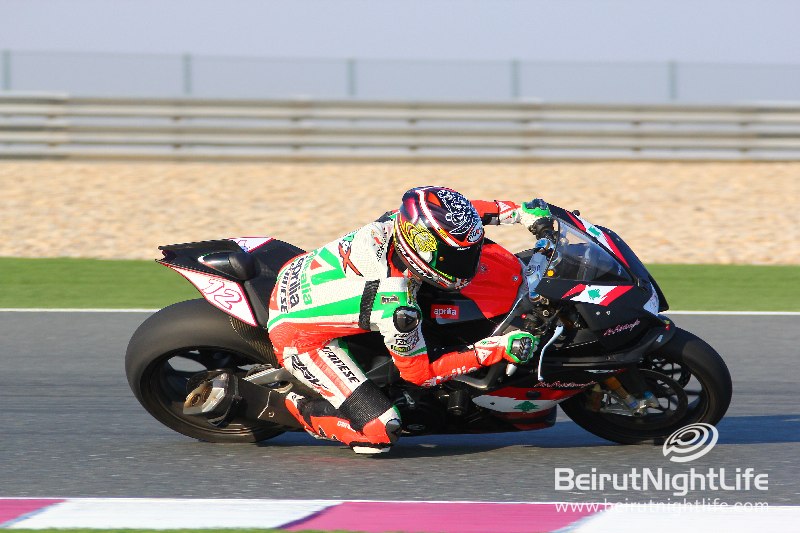 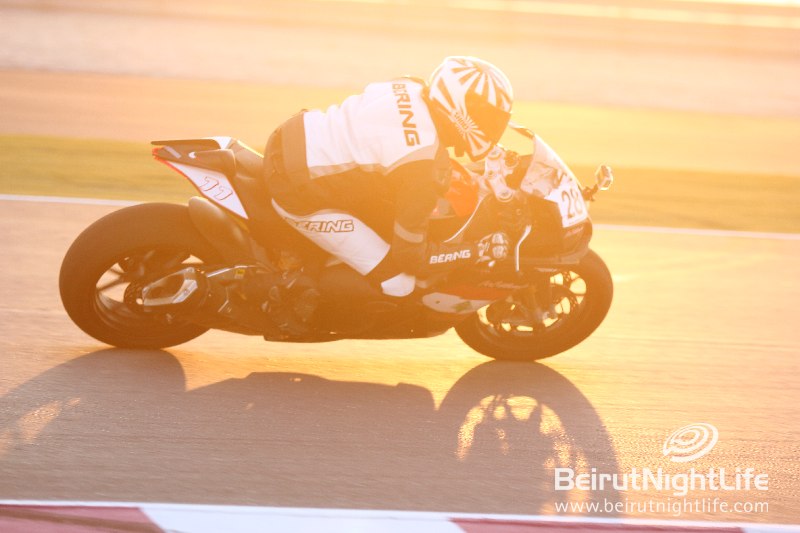 Landing in Doha at 6:30 am after my overnight flight, all I had been dreaming of was how to reach the LOSAIL circuit as fast as possible. I had already taken a quick look at it from Google Earth, and since this is a MOTO GP circuit,  the experience would surely be different than the previous time. I took a cab and went straight there with my luggage. I reached just in time for the opening session where instructors were giving the guidelines to all the groups.

It was a two day experience that started with just three groups and over 30 riders who came from Lebanon to learn, live and drive. This time it was special as our guest of honor, Max Biaggi, the world’s number one super-bike champion, came especially for this event. Riders started to go on the track, and we began exploring what curves are best in terms of lighting and the shots – but adrenaline rush was too high for that, so instead followed the drivers from one curve to the next, touring the track while walking. After our lunch break with all the instructors and drivers, it was time to get back to the afternoon session, where our man Max showed up on the track. He was flying across the track as he got closer and closer into the curves. At the time, i wondered what the other riders were feeling while they were on the track, but later on we all found out that they were nervous, happy, eager to learn, and more.

Day one came to an end; the weather was breezy and chilly. We finally checked in at the hotel, rested a bit, and worked on day one’s photos before heading to our dinner where we had to showcase the photos on screen. 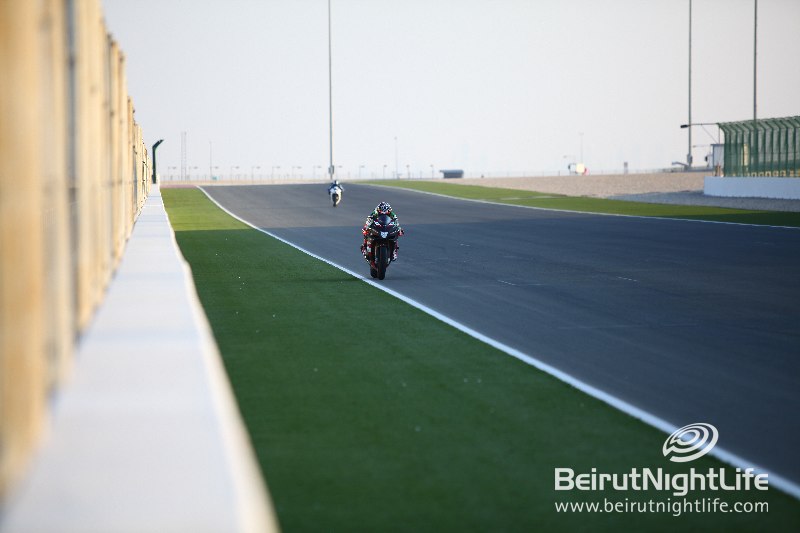 Our next destination was the beautiful Pearl, where we headed to have dinner at the BICCI italian restaurant. After setting up the photos, we took our seats to enjoy the delicious dinner and meet new people. During dinner, Nicolas Abou Khater from ANB Motorcycles, the man behind this event, made his speech and distributed certificates to riders from levels 1 to 4. Max Biaggi also made a short speech, and so did the Qatar distributor from Al Fardan motors, as well as the Aprilia regional director. After dinner, we had a nice walk on the Pearl before heading back to the hotel for some rest before day two, where all drivers would surely be better on the track after all the experience they gained from day one. 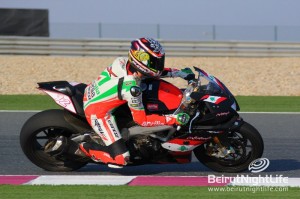 Day two started, but before heading to the circuit, we attended a press conference held by Max Biaggi at the Kempinski Hotel, Doha. We then headed to the circuit for the big show. As riders were promoted from one level to another, they experienced their new levels, got to know the circuit better, and performed the best they could, since they wouldn’t be there after a few hours. The adrenaline was at an all-time high, especially with Max on the track, racing with the riders – not just showing up for 5 laps. The sunset gave us the opportunity to snap some sublime shots of the riders giving their best.

Day two came to an end with a closing session from the instructors followed by a group photo.

ANB Motorcycles are working hard to change the perception of the ‘bike’ in our region from a low class method of transportation to a must-have vehicle; as well as providing a better and safer driving experience for all those with a need for speed, who want to race and get their demons out. ANB Motorcycles are giving these riders the chance to do so, professionally and in a much safer environment.

It was a great experience for us with the RSV4 and the 30 Lebanese riders who flew across to Doha to participate in this event. We are already looking forward to the next one, which we believe will be somewhere in Europe, as ANB Motors is always looking to raising the bar for a better experience. 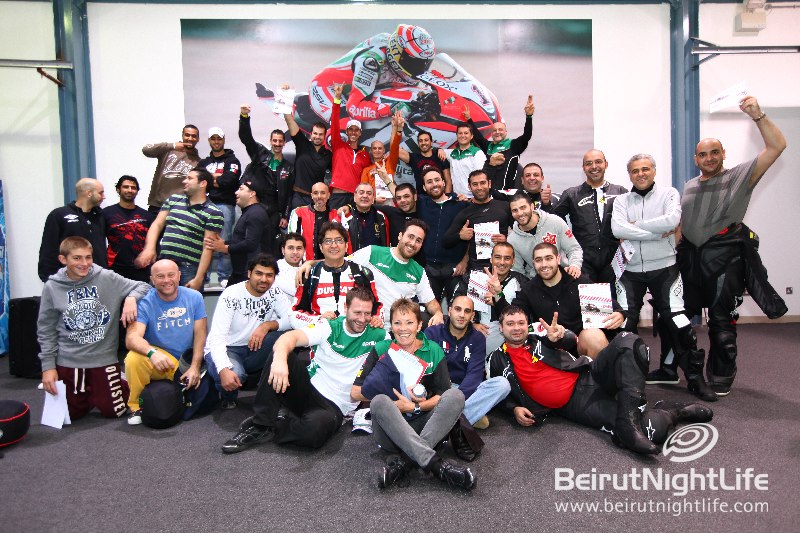