Anton Pieete at the Basement 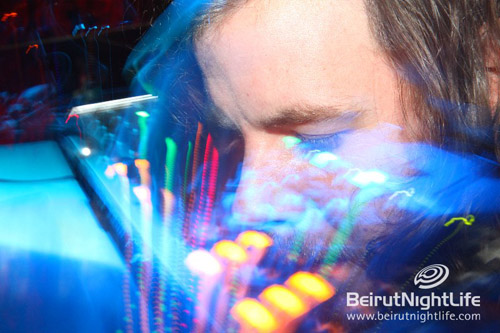 Anton Pieëte, all the way from Amsterdam, Holland set the Basement Beirut on fire. Clubbers enjoyed a sets of minimal-techno driving them crazy and dancing all night long.

Anton first started getting interested in electronic music after his grandfather gave him his old synthesizer in 1997. Within a year he started making techno music and soon discovered dj’ing. With a 3 years scholar of audio design education behind him and after a couple of strong releases that received huge support by artists such as Adam Beyer, Sven Vath, Regis, Richie Hawtin and Ben Sims, he started a cooperation project with Bart Skils. The first few releases came out on Dylan Hermelijn’s legendary 100% Pure Records, and the partnership between Bart and Anton proved to be very successfull. From now on the duo will be operating under the alias ‘District One’. In the meanwhile Anton works with his good friends BoyConstrictor and Jeroen Liebregts (Radial), together they recently started the label Dinner Records. This label was started to be an an outlet for the minimal-techno crossover sound, which is the common factor in the productions of the three labelowners. Over the years Anton has developed himself to be a musician with an incredible range, from the

Newer Post LoveDough at Brut
Older PostTaxi Night at B018