Anathema rocked Forum De Beyrouth in a monumental event that rock fans in Lebanon & the region gathered around to take part in. The concert began with an early debut by the Absolace representing an exciting fusion of individuals from very diverse musical backgrounds. The band comprises Lebanon’s very own Nadim Jamal (Vocals), Ben Harris (Bass) from Australia, Greg Cargopoulos from Greece (Drums), and UK’s Jack Skinner (Guitars) and Kyle Roberts (Keys, Synths, Samples). 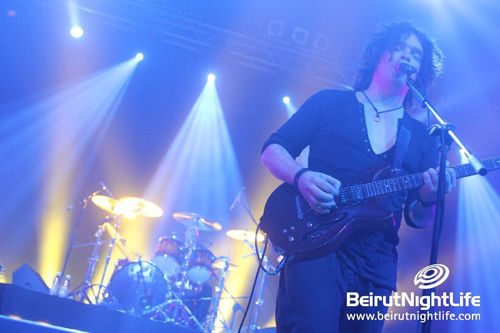 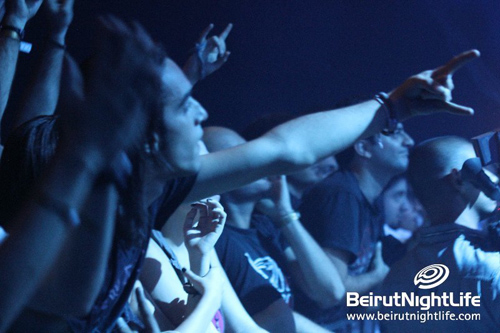 And then Anathema stormed there way in to the stage to prove why they had such a huge success of the Beirut Rock Festival 2009, which was attended by more than 3,000 spectators from Lebanon, Syria, Jordan and the UAE.

Vincent Cavanagh,  Daniel Cavanagh, Les Smith, Jamie Cavanagh, John Douglas, and Lee Douglas showed Beirut how to rock giving them jams such “Everything” , “A Simple Mistake”, and”Angels Walk Among Us” as well as songs from the new album “We’re Here Because We’re Here”.

Liverpool’s Anathema have released 8 studio albums since 1990, as well as 5 additional records. They would stay true to their doom metal roots until their third studio offering, Eternity (1996), which signaled a transition to a more melodic, atmospheric and progressive genre of rock. The transformation earned Anathema a great deal of attention from mainstream media.

Newer Post Another concert with the We Group: Jean Michel jarre Lights up Beirut skies
Older PostFashion Daze in Beirut: Never Over