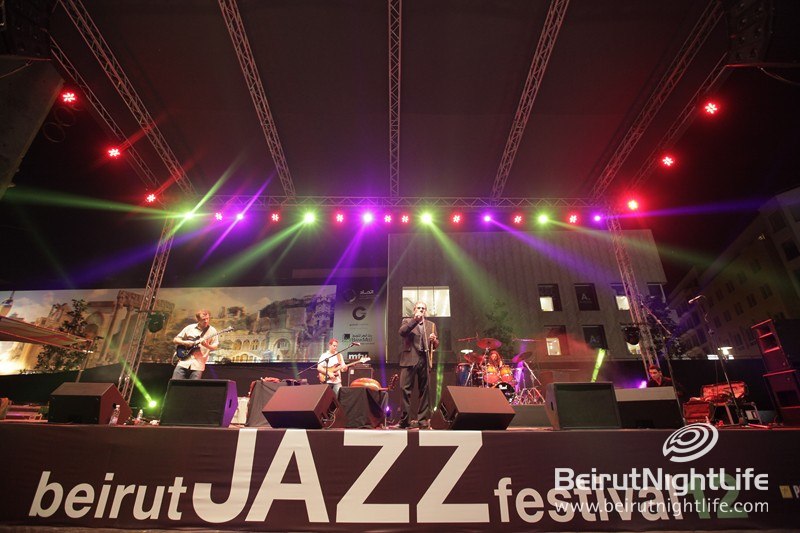 For the fifth consecutive year, Solidere organized the International Beirut Jazz Festival, which takes place at the Beirut Souks. The first night of the International Beirut Jazz festival 2012 saw a groovy performance from the Al-Madar band. Al-Madar is a new ensemble put together by a renowned figure in Arabic music, the director of the New York Arabic Orchestra, Bassam Saba from Lebanon. He performs on the oud, saz, nay, western flute and violin. Bassam performs in collaboration with Arabic percussionist April Centrone, guitarist Gyan Riley Timba, Harris on trumpet and violin, as well as bassist Brian Holtz.

Together the band performed for a nearly packed house, an hour and a half show filled with their unique sound. A mix of Jazz, Fusion, Rock and Latin resonated through the Beirut Souks, with songs such as “Fantasy” and “Waltz of My Father”. Al-Madar put on a great show, opening up the International Beirut Jazz Festival 2012.