A Tribute to Frederic Chopin

A beautiful musical evening in memory of Frederic Chopin. The music historian Jean-Marc Amon recounted the life of Chopin along side an illustrated speech on the piano by Elizabeth Sombart, pianist. 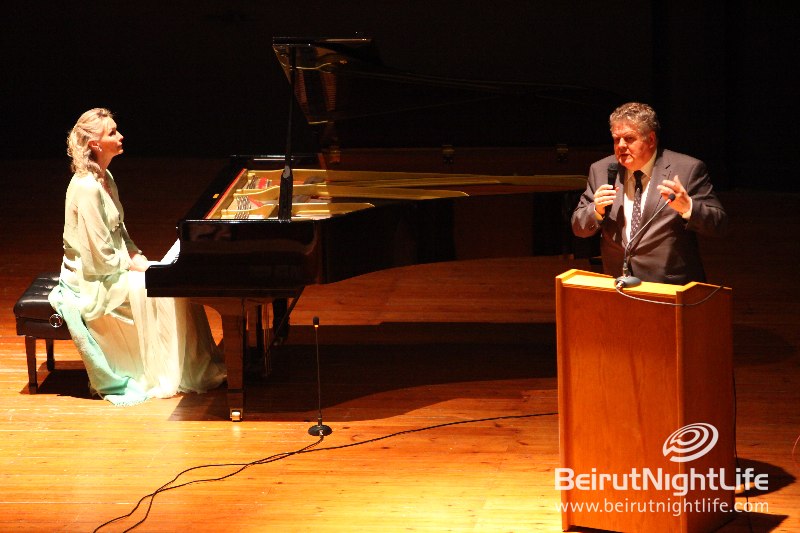 Frédéric François Chopin was born on February 22, 1810, near Warsaw, Poland. He was the second of four children of Nicholas Chopin, a Frenchman, and his Polish wife, Justina, who had been a well-educated but poor relative in the Skarbek household, where Nicholas had been a tutor. At an early age, Chopin displayed artistic talents—he was an artist, wrote poetry, and played piano without any formal instruction. The gifted child also began composing his own music and had his first piece of music published when he was just seven years old.

Young Chopin had a good education and later studied music privately with Joseph Elsner, founder and director of the Warsaw Conservatory. In 1817 Chopin’s first composition was performed publicly. A year later he himself performed in public, playing a concerto (music written for one or more instruments) by Adalbert Gyrowetz. By this time the young Chopin began drawing comparisons to Wolfgang Amadeus Mozart (1756–1791), another composer who had demonstrated spectacular talent at a young age.

After visiting Berlin, Germany, where Chopin was exposed to the music of George Frederick Handel (1685–1759) and Felix Mendelssohn (1809–1847), Chopin returned to Warsaw and heard Nicolò Paganini (1782–1840). Chopin recognized that he must leave Warsaw for exposure to other musicians. He went to Vienna, Austria, to try to arrange the publication of several of his works. After a successful debut at the Kärntnerthor Theater on August 11, 1829, he returned home only to prepare for a concert tour, this time through Germany and Italy. In Vienna Chopin composed the B Minor Scherzo and the G Minor Ballade, as well as others that demonstrated Chopin’s fully developed personal style.