A Sleepless Weekend in Beirut: Day 1 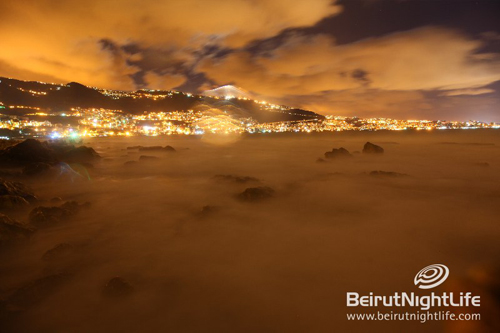 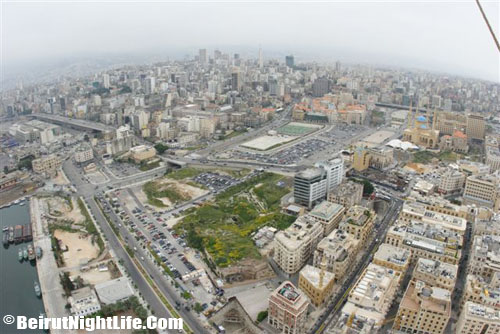 No its not insomnia, and it is definitely not because it is Beirut and it is stereotyped as a dangerous and scary city. Visiting Beirut as a tourist, an expatriate coming back home, or a resident who wants to have a crazy weekend will be one kind of experience. I personally call it, a sleepless weekend and here is the schedule.

I arrive on board of MEA airlines from Dubai on a Friday afternoon, leave the airport to Hotel Al Sheikh in the lovely Hamra street besides the delicious Maroush Restaurant. I unpack, take a shower, grab a quick Chicken sandwich with unbelievable delicious garlic from Maroush, and hit Hamra road for a quick scan for the shops. 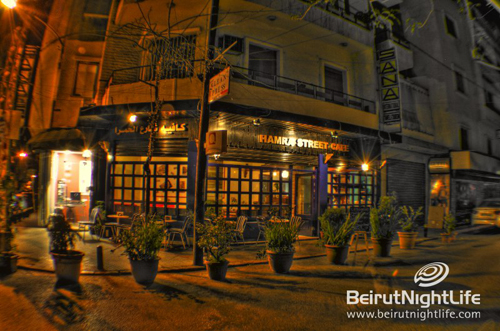 Friday 20:00p.m- 21:30 p.m: Hamra
Walking down the streets of Hamra, starting from the intersection where the legendary Modca Cafe used to be. I went to check Antoine’s book shop, and then window shopping for some strange and unique Lebanese fashion. While heading down the road, I could not stop myself from trying the food at another famous diner known as Malk Al Batata “King of Potatos”, with a huge sandwich of french fries in a Lebanese twist. I headed back to the hotel, changed my clothes after scanning the iconic road, the main attraction and the brand name for Beirut all over the world.

Friday 21:30- 23:00: Downtown
Friends pick me up, and its time for Downtown ‘ing or as many call it in Lebanon (DT!!??), at Riad Al Solh area, have a special chillout with Shisha and a walk down to the shockingly glamorous Beirut Souks. At Etoile District, with designer jewelers, Gold Souk, clothing, accessories, you name it, thank god I did not have my girl friend with me. Next step heard my friends saying was Gemmayzeh!!! Wohooooo!!

Friday 23:00- 00:00: Gemmayzeh
Gemmayzeh, as described by one of BeirutNightLife.com editors I guess her name was Nadine ‘The street is a reveler’s menagerie, a midnight corridor of light and music swimming with beautiful people cutting loose and stretching their wings’. Pubs, Bars, Restos, Clubs, Lebanese beauty, fashion, cars all in one street. We headed to Gem Pub for a drink, and then to Capital A, before we headed to G Pub were I had to try some of the food again because it was irresistible along with a bottle of the finest Kfraya wine. I wanted to spend the full night in that street but obviously we had three reservations, next STEPS White, Beiruf, and the Basement.

Saturday 00:00- 3:00: White, Beiruf, and The Basement
The experience of classy, glamourous clubbing in Lebanon would be at rooftops, or dancing in the sky. White Beirut was the first step with an amazing view on top of the Downtown Area from Al Nahar Building, I loved the music, the crowds, and the ladies….

It was time to hit Beiruf, which is a stone throw away from Downtown at the Port area.The place is extravagant and it is not like any other place. The rooftop concept had another meaning at that place with a number of Lebanese and Arab celebrities mingling around and the place. Now it was time to go underground!!! 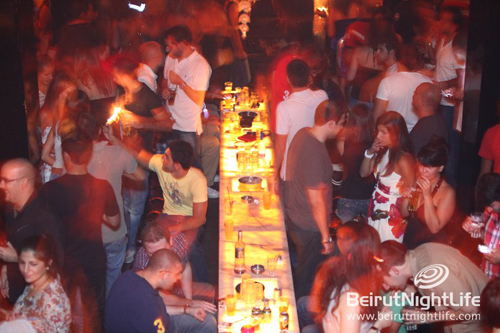 The Basement, one of the top underground clubs in Lebanon as I have been told, with some unique beats and dangerous melodies. I was exhausted from the traveling, eating and roaming around… But Beirut was a city that doesn’t sleep! 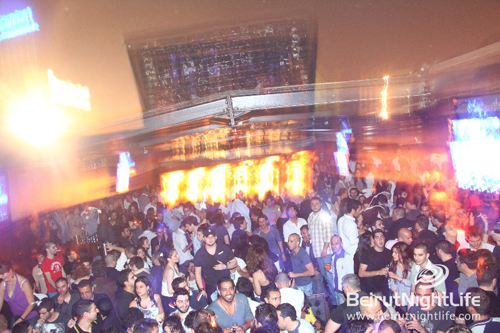 It was a dream come true. I have heard a lot about this place, some of the are even imaginary stories and I finally was in it. B 018, it is Beirut’s most legendary club. Inspiration of a legendary Lebanese architect, it’s set in what looks like an old bomb shelter and has an incredible retractable roof which gives a night-time view of the stars and city lights. The tables are made of coffins and the music breathes energy into your body. I was the last one to leave and my friends had to drag me out of the place.

Newer Post Will Blackberry be banned in Lebanon???
Older PostRoomers: A Treasured Haven