30 Seconds To Mars Rocks a Sold Out Show at Byblos

It is typical for Byblos to be busy on a Friday night but this past Friday, July 15th, may have set the record. The streets were packed, parking lots were full and a frenzy of rock enthusiasts were all headed to the Byblos Festival to catch American Rock band 30 Seconds To Mars perform Live for the first time EVER in Lebanon thanks to NRJ Radio Lebanon!
NRJ teamed up with 2U2C and The Byblos International Festival delivering 30 Seconds To Mars to their fans in Lebanon. 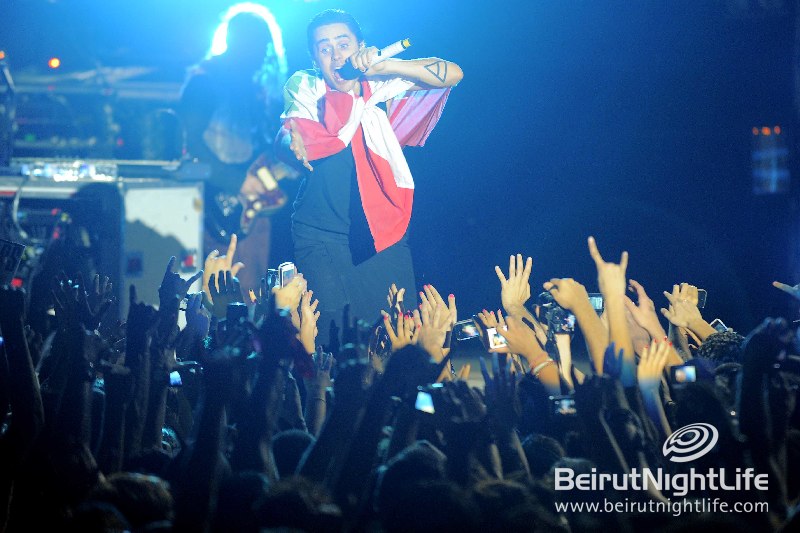 As stated in a pre-show interview (Click to read full interview Tomo) the guys were very excited to visit our beautiful country in order to entertain fans that have never had the chance to see the band perform live. Tomo stated the show would be “complete f***king insanity” and it was! 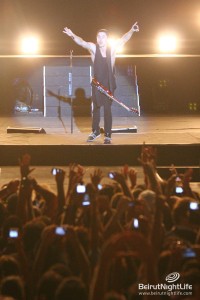 Support act Absolace, a very talented progressive rock/metal band from Dubai, opened up the show entertaining the crowd while the stands filled up. I would describe Absolace’s sound as Peal Jam meets Porcupine Tree. Absolace closed their set and 30 Seconds To Mars hit the stage striking the flame of pandemonium. Everyone in the stands arose screaming, displaying love and appreciation for the group. Bodies in the pit inched closer and closer to the stage in attempts to secure a perfect view.30 seconds To Mars enthusiastically greeted their fans in Lebanon and opened their show with the popular hit “Escape”.  The rock jams came one after another (see set list of songs below) until mid set when Jared grabbed his acoustic guitar and serenaded his fans softly singing “From Yesterday” and“Alibi”. Once the show was coming to an end the band invited fans to join them on stage to chant, “We are the Kings and Queens…” along side them. Once the audience heard the news chaos erupted. Girls lost their minds jumping over barricades much taller they are. The bands amazing stage crew of sweethearts Niles, Jono, Evan, Steve, John and Fred assisted the devotees onto the platform. This is typical for a 30 Seconds To Mars gig. The band constantly includes fans in their performances truly showing they are playing for the love of fans and nothing else. One lucky admirer was able to personally chat with Jared onstage when the singer requested for the fan to state his name and asked him how to say “I love you” and “You are crazy” (in Arabic) in order for he himself to communicate to the crowd in their native language.

Jared then graciously thanked the audience for a great show, for their continuous support of the band and bid a fond farewell to Lebanon.

For those of you who didn’t make it to the show below is the killer set list of songs you missed. Hopefully 30 Seconds To Mars will be back to rock Lebanon again soon! 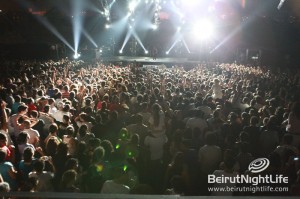