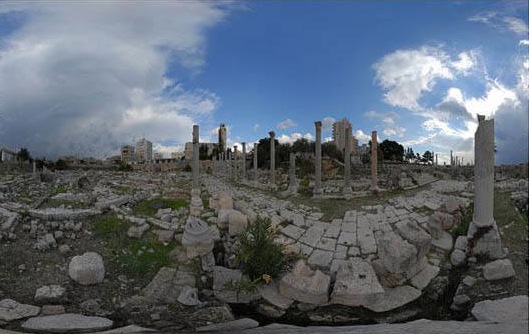 The ancient Phoenician Heritage in the Southern part of Lebanon, pointing out into the Mediterranean Sea. It is located about 23 miles north of Acre (Akko), and 20 miles south of Sidon. The city’s name as we call it today is Sur.

Tyre has a long and illustrious history as a key city for the Phoenicians. In the first century AD, Tyre was the home of a Christian community visited by St. Paul, and it became a major stronghold of the Crusaders in the 12th century. Today, Tyre (Sur) is the fourth largest city in Lebanon and is a popular stop for tourists due to its ancient ruins. It was added to UNESCO’s World Heritage list in 1984.

Tyre appears on monuments as early as 1500 BC, and claiming, according to Herodotus, to have been founded about 2700 BC. The inhabitants of Tyre were leading merchants in the ancient world. The city of Tyre was particularly known for the production of a rare sort of purple dye, known as Tyrian purple, which was in many ancient cultures reserved for royal use. 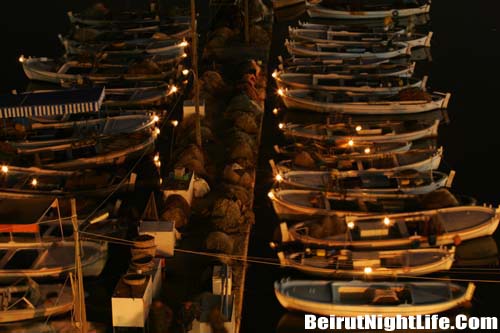 Today, Tyre offers visitors a wide range of ancient ruins, in three different areas. Sights include the remains of a Roman cemetery (necropolis) with several freestanding stone tombs, a Roman triumphal arch, bathhouse, aqueduct, and cardo (street), and a Byzantine mosaic floor from an ancient church.

Tyre’s hippodrome (arena for chariot racing), of which a significant amount survives, is unique in being built of stone instead of the more usual brick. It could seat 20,000 spectators.

Remains from other periods have also been unearthed at Tyre, including those from the Byzantine, Arab and Crusader eras, but it is the Roman ruins that are most numerous and impressive.

The sights of modern Tyre (Sur) include a colorful souk (market), a double-domed Shia mosque, and a Christian quarter that is the seat of the Maronite Bishop of Tyre and the Holy Land. Many residents of Beirut target Sur during the summer season as it is known for its touristic beaches and family locations as well.