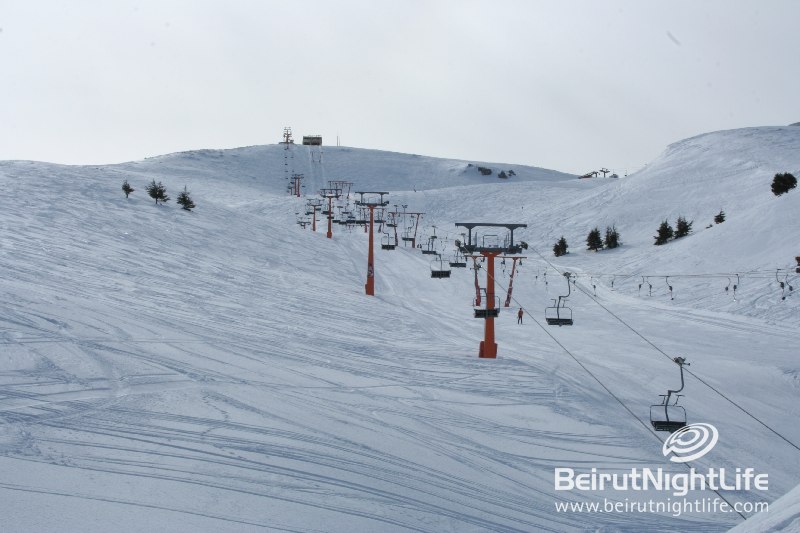 Skiing was introduced to Lebanon in 1913 when Ramez Ghazzoui, a Lebanese engineer, returned from his studies in Switzerland and introduced his friends to the sport in the hills near Aley.

In 1934, Le Club Libanais, the first ski club in Lebanon, was founded by Mauritius Tabet, Mounir Itani, and sisters Andree Khasho and Aimee Kettaneh. The following year, the French Army established the first ski school at Le Grand Cèdre hotel in the Cedars forest in northern Lebanon. In 1937, the school moved to a high mountain barracks, and would later became known as the Military Ski School.

By the 1940s, Lebanon had established competitions, clubs, and ski schools throughout the country, and began competing at an international level. In 1947, Lebanon competed for the first time at the international championship in Chamonix, France, with Michel Samen carrying the Lebanese flag.One year later, Lebanon competed in the Winter Olympic Games for the first time at the 1948 Winter Olympics in St. Moritz, Switzerland.Four athletes competed – Mounir Itani, Jean Samen, Abdelwahab El Rifai and Ibrahim Geagea.

In 1967 and 1972 the federation cooperated with the Lebanese Army to host the World Championship of Military Ski.

From 1962 until the eruption of the civil war in 1975, a World Cup Competition named “Semaine Internationale du Ski aux Cedres” took place yearly in The Cedars and attracted the world’s most prestigious champions
Lebanese skiing history was at its peak in 1967 when the 26th annual International Ski Federation (ISF) conference was held in Beirut.