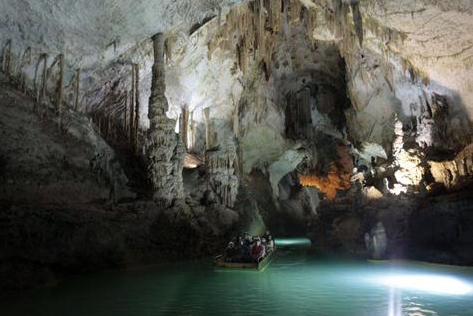 Altastours.com tell us about Jeita Grotto, that participated in the runner up for the 7 wonders of the world (the Amazon in Brazil; Halong Bay in Vietnam; Iguazu Falls in Argentina and Brazil, Jeju Island in South Korea; Komodo in Indonesia; Puerto Princesa in Philippines and Table Mountain in South Africa). Jeita is a magical journey, tough to describe in words: 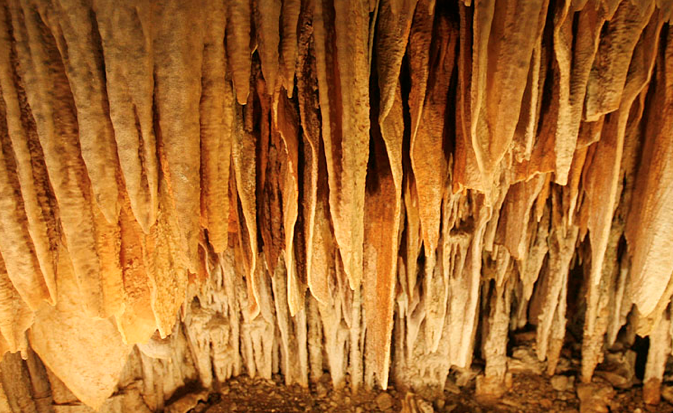 Few caverns in the world approach the magnificent and astonishing wealth of the extent of those of Jeita, as raindrops of more than hundreds thousands years have worked a magic wonder in the limestone of the Mount Lebanon range near the Dog River (Nahr El-Kalb).

In these caves and galleries, known to man since Paleolithic times, the action of water has created cathedral-like vaults beneath the wooded hills of Mount Lebanon forming one of the world’s most beautiful and astonishing caverns found 20 km north of Beirut.

Discovered in 1863 by an American hunter, the caves originally opened in 1958 and became internationally known for the spectacular and sometimes macabre contortions of stalactites and stalagmites, stone curtains and columns. With their fantastic rock formations, the caves have attracted some 10,000 visitors a week since the site was reopened to the public in July 1995.

The caverns is on two levels: the lower caverns is visited by boat over a subterranean lake 623 meters long, while a dry upper gallery can be seen on foot. 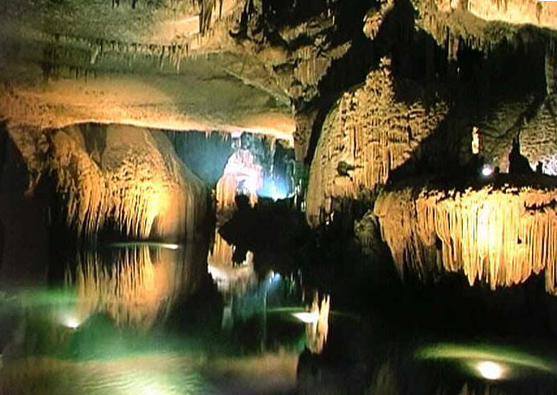 Geologically, the caves provide a tunnel or escape route for the underground river, which is the principal source of the Dog River.

After many years of exploration, speleologists have penetrated about 6910 meters from the entry point of the grotto to the far end of the underground river and about 2130 meters of the upper galleries.

In summer you can visit both the upper and lower galleries while enjoying the refreshingly cool temperature inside the caves. The lower section is sometimes closed in winter when the water level is high, but the extensive upper galleries are open all the time.