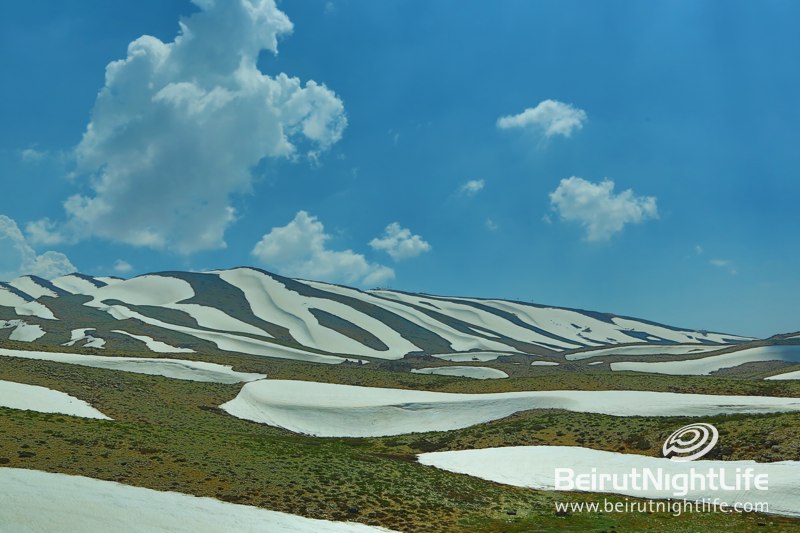 Perched at 1,500 meters above sea-level is the famous town of Faraya, one of Lebanon’s prime ski havens and summer cooling-off destinations. The town received its first blanket of snow this year following some storms, which actually came relatively late in the year.  Right now Faraya is unusually and beautifully peaceful and quiet, since it’s between the busy winter sports season and the hot Lebanese summer that finds many residents escaping to the hilltops. The serene beauty of its green hills and steeper mountain tops is beautifully contrasted against the perfectly crisp blue sky, and the occasional fluffy cloud. Soon enough Lebanon’s avid skiers, snowboarders and all-around snow-lovers will begin their yearly takeover and enjoy the mountain resorts, restaurants, and bars for a fun-filled winter. In the meantime enjoy the tranquil scenes of beautiful Faraya with these photos!