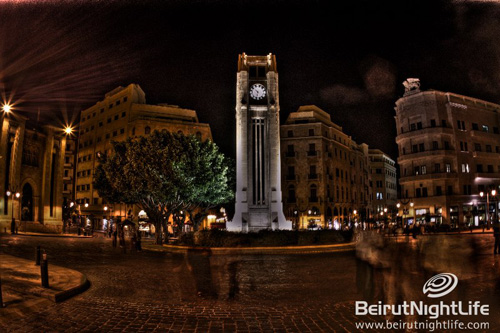 Downtown Beirut goes by many names – Place de l’Etoile, Centre Ville, Wasat El Belad. But whatever you call it, it is unequivocally the epicenter of the city: the hub to Beirut’s spokes and a place where all can mix, mingle and take in the air.
Downtown Beirut is the central district of Beirut, and offers a wide selection of moderate and high-end outdoor cafes restaurants, as well as some of the city’s most prominent designer stores. The inner area around Nejmeh Square is pedestrian-only, and thus one of the few areas in the city where people can walk at leisure.

The district’s central location places it squarely in the crux of the city’s most prominent neighborhoods, with Ashrafieh to its East, while Hamra, Ras Beirut, Manara and Rawcheh are to its West. The Beirut Marina (the Cornich starting point) is only a short walk away.

Downtown Beirut also has several night clubs, restaurants and other entertaining places to visit or relax, Not to mention the famous market at the Martyr’s Place known as Soukel Barghout, where hundreds of tourists pass by and enjoy a delightful meal or just a cup of coffee at the enjoyable outdoor cafes available. From these vantage points it’s a pleasant afternoon’s activity to enjoy the sight of by passers walking and mixing in with the Lebanese public.

The district is particularly pleasant in the evenings when the city’s residents turn out with their families and children to stroll, play, and take in the cool after a hot day. It is a favorite spot for tourists and highly cosmopolitan – on any given evening, as many as five or six languages can be heard on the streets.