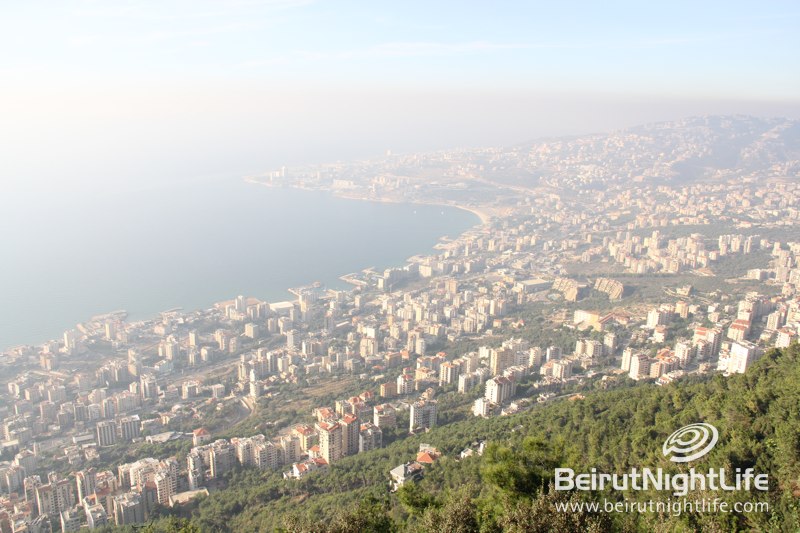 At an altitude of 650 meters, one of the most beautiful panoramic views ever can be easily reached in as little as 9 minutes form the coast! Some 16 km away from the center of Beirut, the telecabin offers a journey in the North from the beautiful Bay of Jounieh to the mountains of Harissa. Teleferiquelb.com tells us more:

– The altitude of Harissa arrival station is 530 m

– The maximum slope is approximately 80%

– The average travelling speed is 3.15 meters/sec

One of Lebanon’s oldest and most visited tourist attractions, the gondolas of the Teleferique aerial cableway are a trip down memory lane, from a pioneering venture in 1965 to a beautifully preserved modern-day attraction offering breathtaking views of Jounieh and the surrounding city, the Teleferique is an impressive testimony to time gone by, a meter at a time.

Your tour can begin from either the Maameltein area of the city, 16 km from Beirut, or from the sanctuary atop the pine-forested slopes of the Harissa mountain where Our Lady of Lebanon is towering high above the Mediterranean bay of Jounieh. A gentle glide up will slowly reveal spectacular vantage points of the city, the sea and surrounding landscape.

As you soar to nearly 650 meters above sea level, the exhilarating nine-minute excursion is quickly replaced by an exploration of your taste buds, as you sample delectable delights from your choice of restaurants and cafes.  A short trip on the Funicular will take you for the remaining distance to the Statue and adjacent Basilica before your final descent from sky back to sea again.

The Teleferique has maintained an unblemished safety record throughout its years of service, with no injuries reported to date. Its solid German-built technical infrastructure is still in excellent condition and well maintained on a weekly basis by our local team of technicians, supervised by European bodies of inspection who visit the premises every year or two. Powerful backup generators are available in case of electrical cut offs.

Harissa, a statue of Our Lady of Lebanon with her arms outspread over Jounieh Bay, is one of the country’s most renowned manmade landmarks. The 13-ton statue was built in France and moved to Lebanon during the 19th century.