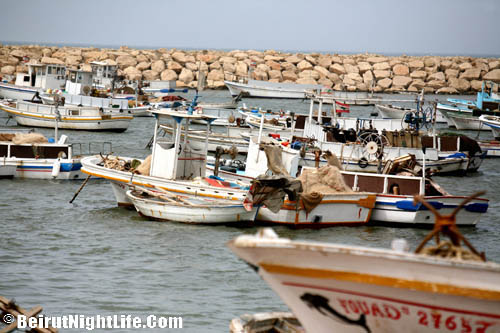 El Mina is the sleepless hub of North Lebanon. Located on a headland overlooking the Mediterranean Sea, 85 Km from Beirut and 20 Km from the Syrian border, this marine city is famous for the historic coexistence of the Christians and Muslims who lived together in it for centuries and survived even through the darkest periods of the Lebanese Civil War. El Mina and its people which are around 70,000 people would like to highlight that they are independent from Tripoli, as more often people tend to define them as one.

The sea has given El Mina its distinguished features. It makes the living of its fishermen and craftsmen, and it also provides entertainment for its visitors. Known as the City of Waves and Horizon, El Mina is a growing tourist city that attracts people from all around the country. Previously known as Al Askale, El Mina acclaimed its new name (which means port in Arabic) in 1979.

Among other features, El Mina is the only Lebanese city that has several small islands where people can enjoy a dip in the crystal clear water in the summer. There are numerous boat taxis that take you there for a minimal fee.

On September 18, 2010, El Mina Sea Festival, for the first time will be taking place, attracting old and young people with a special passion for extreme sports. Of course other activities will be taking place in parallel, but this new event is expected to attract Lebanese who have not yet discovered this Northern jewel.