Bikfaya: Queen of the Matn 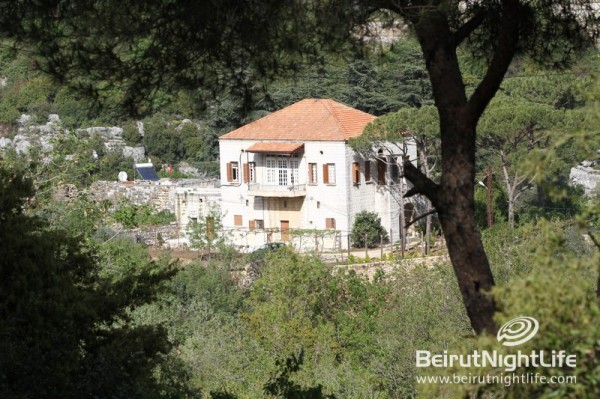 There’s a treasure in every corner in Lebanon. A road trip to the Matn District region of Lebanon will take you to one of the country’s nicest suburb areas, Bikfaya. At 900-1000 m above sea level, its charming stone houses with red-tiled roofs are nestled amidst pine and oak forests.

Its refreshing climate attracts many tourists, especially in the summer time, where they can stay at the stay at the Grand Hotel Naas and benefit from the famous An-Naas spring, known for its healing powers, and enjoy a variety of restaurants by the springs. In addition, an annual Flower Festival is held every summer, usually during the month of August, attracting thousands of people to the colorful town.

The old town of Bikafaya is home to many ancient monuments, including the Mar Abda church that was built in 1587 and other prominent buildings constructed by the Abillama Emirs in the 19th century.  The early 19th century serail, which originally belonged to the Abillama Emirs, became a residence during the 1980’s. The Gemayel house, which was built in the traditional Lebanese style in the 16th century, was worked on for the following 200 years.

On a high hill above the town is Deir Mar Elias Chwayya, constituting of two monasteries, one Maronite and one Greek Orthodox. It was built in 1590 and has an 18th century Romanian altar screen. An 8th century stone chapel was recently discovered beneath the monastery.

La Locanda Corsini is a beautiful family owned boutique hotel and restaurant, inspired from the scenic Italian Tuscany. The nature and serenity surrounding it are not to be found anywhere else in Lebanon. You can enjoy a weekend escape here and treat your taste buds to some delectable Italian food.

Across the road from La Locanda Corsini is a restaurant called Lola – a delicious steakhouse that attracts people from all over the country, looking for a different type of evening out.

Bikfaya is the perfect family escape during warm seasons, where you can enjoy from a variety of things to do and see that would please people of all tastes and ages.