Around the World
Jihad Ghalo 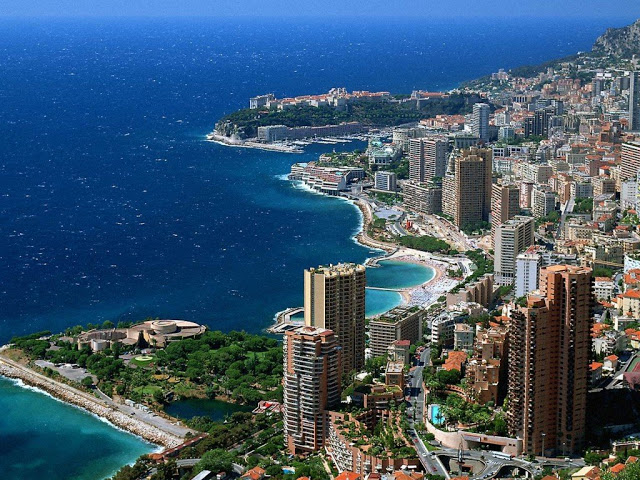 Monaco’s exceptional location on the legendary Riviera, its parks, its casino, it high society and exceptional events make it the ideal destination for a romantic vacation… or for an entire lifetime.

Sometimes underestimated or misunderstood, Monaco’s economy is nowadays actually quite dynamic and future – oriented. An independant state in the heart of Europe, the Principality of Monaco offers both investors and entrepreneurs an exceptional, secure infrastructure combined with the advantages of an attractive fiscal system.

The official language is French, although Italian and English are widely spoken.The traditional Monegasque language, “le Monegù”, is spoken mostly by elders, but also taught in all local schools. The local currency is the Euro. Benefiting from an ideal geographical location, the Principality of Monaco enjoys very mild winters and remarkably sunny summers. Boasting more than 300 days a year of sunshine, residents in Monaco can take full advantage of everything the Mediterranean has to offer. At the same time Monaco’s close proximitiy to the Southern Alps, which are only 1 hour away by car, allows for easy access to the ski slopes.

Based on the latest official figures, there are approx. 30,000 inhabitants in the Principality of Monaco of which approx. 5,000 are Monegasque, 12,000 are French and 5,000 are Italian; in total, more than 100 nationalities are represented.

Monaco residents from all over the world can place their children in a wide variety of schools which are either a part of, or affiliated with, the Ministry of Education. The curriculum and the diplomas obtained are the same as in France. Already in elementary school, pupils are tought not only English and French, but also “Monegu”, the traditional local language, as well as the history of Monaco. The high school graduation rate (the passing of the French National Baccalauréat exam) is close to 90%.

Monaco is one of the safest places on earth. One policeman for every 100 residents, 24-hour video surveillance of the entire Principality, a transmission system worthy of the best armies in the world, the possibility of blocking all access in and out of the Principality in several minutes as well as surveillance teams inside the Casino and in all of the gambling establishments and hotels make Monaco’s security second to none.

The Monaco police department is managed by a highly placed member of the French police force and the police department is amongst the most modern and efficient in Europe. The rule imposed by the late Prince Rainier III was simple: “Monaco must have total security”. The result is an incredibly low crime rate, the dream of any Interior Minister. As one jeweler in Monaco once so pointedly put it: “In Monaco, jewels are made to be worn, even on the street, and not to be left in a safety deposit box!”.

Finally, the government of the Principality of Monaco attaches a great deal of importance to the quality of its health facilities:

– The Princess Grace Hospital is equipped with the latest generation of medical material (scanner, IRM, Radiology,…)

– The Cardio-Thoracic Center, created in 1987, treats all manner of thoracic and cardiac pathologies.

– The Hemodialysis Center, inaugurated in 1989, is specialized on the treatment of problems related to kidney failure.

The main principal of Monaco’s fiscal system is the total absence of direct taxation.

Persons residing in Monaco (except French nationals, see below) do not pay any tax on income, interest or capital.

There are just two exceptions to this rule :

– French nationals who are unable to prove that they resided in the Principality for 5 years before October 31, 1962.

Apart from with France, the Principality has signed no other bilateral fiscal agreements.

With the exception of French nationals, any foreigner who wishes to stay in Monaco for a period in excess of three months or to establish his or her residence there, must satisfy the following stipulations :

The provisions mentioned hereafter refer to persons coming from one of the states of the European Union as well as Norway and Iceland.

In order to obtain a Monégasque residence permit ( the so-called “carte de séjour”), they must apply to the Residents Section of the Directorate of Public Security located at 3, rue Louis Notari in the Principality and must submit the documents listed below :

– proof of a clear legal record, or an affidavit (or an equivalent document/sworn statement) stating that they have never been convicted,

– an employment contract endorsed by the Employment Department of the Principality, or any other professional substantiating document, or a request for authorisation to set up a business or a company, or a bank reference proving sufficient means of subsistence,

– a rental contract or a certificate of accommodation (examined by the Ad-Hoc Commission) or a deed of ownership,

Interested parties are obliged to first apply to the French Consul with territorial juridiction for a visa to set up later residence. They must submit the following documents to the consular office in question:

– an abstract of their legal record, or an affidavit or an equivalent document, a sworn statement stating that they have never been convicted,

– an employment contract endorsed by the Employment Department of the Principality, or any other professional substantiating document, or a request for authorization to set up a business or a company, or a bank reference proving sufficient means of subsistence,

– a rental contract, or a promise of rental, or a certificate of accommodation (examined by the ad hoc Commission) or a deed of ownership, or a written undertaking by the interested party to produce one of the four aforementioned substantiating documents within the three months following his or her arrival in the Principality,

– a photocopy of their passport,

– nine copies of the application form for a long-stay visa.

After obtaining this visa, any foreigner aged over sixteen is obliged to apply for a Monégasque residence permit (the so-called “carte de séjour”) from the Residents Section of Public Security within eight days of arriving in the Principality. In order to obtain the permit in question, the same documents must be submitted as those which are required from EU nationals.

However, the following persons are exempted from applying for this document:

1) career diplomats accredited to H.S.H. The Sovereign Prince and the members of their families;

2) civil servants seconded under the auspices of the Franco-Monégasque Conventions.