Around the World: Goa, India 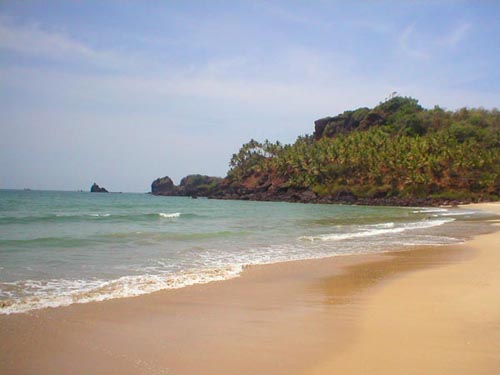 Apart from the nightlife Goa is famous for its beach. It has around 12 beaches, but my friend and I chose the most crowded one: Baja Beach. The beach is full of foreigners, especially British, and it’s too rare to find locals during peak season. The best time to visit is around Christmas time. It’s a perfect place to chill and have a cool drink on the Arabian Sea, but it’s also known for the great variety of water sports available on its shore. So basically you start your day by lying under the sun and drinking the fresh coconut juice right from the fruit. You can also choose to have a pineapple cut in front of you or maybe some papaya. 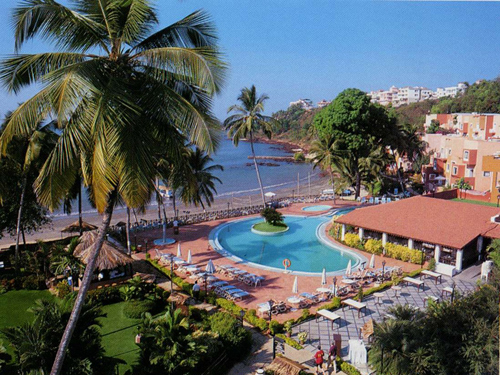 You start to feel the heat and the need to run and dive in that sea. Till here your day is almost for free ( 3 bucks for the fruits and beach bed together) The water sports activities will grab your attention and urge you to try them all. The famous jet ski is so cheap there that you can do half an hour for 10 bucks. From water skiing to banana riding, every activity has its own rush. Then you’ll see a lot of parachutes above the sea. Parasailing (Parachute-sailing) gives you the chance to see Goa from the eye of a bird. You might think that you will do it several times, however once is enough, since all you’ll be doing is looking around; It’s more of sightseeing than adventure. After all that energy you’ll be putting on the water activities, you will of course need an Indian massage. Right on the beach, you‘ll enjoy the one hour full body massage (which is very cheap btw) with a frozen milkshake. After that, pack, go change, go party.

After the sun sets, Goa’s reputation is upheld, with the mind-blowing, trip-inducing raving that put Goa on the international jetsetter map. Goa not only is renowned for showcasing the best of electronic music, it has a brand of trance all for itself: Goa Trance. Goa trance is sometimes called Psychedelic Trance, or even Spiritual Trance (hence using the Hindu religious symbol, the Om). 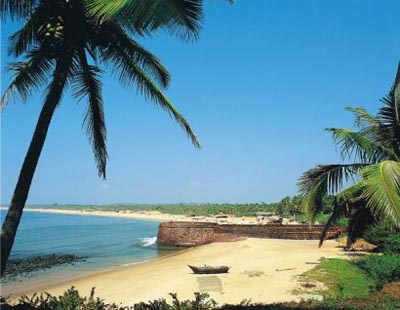 Legends like Infected Mushroom, Yahel, Growling Mad Scientist and many others made their names playing in the Indian state. Other branches of EDM also flourish in Goa, with Above and Beyond’s albums being named after Anjuna Beach (Anjunabeats Volumes), one of the 12 beaches in Goa.

The countless of shacks and huts that cater for daytime tourism, shut down around 11:00 PM and the party switches to specialized arenas or clubs, where the party can last as long as 30 hours or more, non-stop.

Goa, to sum up, is a perfect vacation destination, and between me and Dikran, we managed to experience the best of both worlds Goa has to offer: the beach and the club (the way Armin divides his A State of Trance CDs).

Oh, and for you ancient culture lovers, Goa has countless temples and churches that date back several centuries, a handful of museums and historical sites and an amazing bird sanctuary.