Around the World: Barcelona, Spain 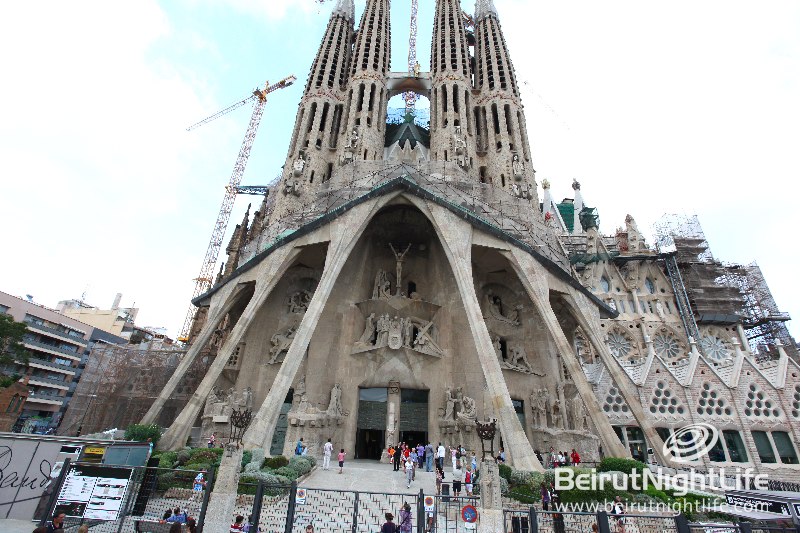 Barcelona It is the beating heart and the Capital of Catalonia. The second largest city in Spain, after the Spanish capital Madrid, Barcelona is considered to be a Global City due to its importance in finance, commerce, media, entertainment, arts, international trade, education and tourism. Barcelona was the 12th-most-visited city in the world and 4th most visited in Europe after London, Paris and Rome.

It is in addition the most popular tourist destination in Spain (receiving over 5 million tourists every year). The Catalan city is the 15th most livable city in the World according to lifestyle magazine Monocle.

In a privileged position on the northeastern coast of the Iberian peninsula and the shores of the Mediterranean, Barcelona  is unequivocally a Mediterranean city, not only because of its geographic location but also and above all because of its history, tradition and cultural influences.

The documented history of the city dates back to the founding of a Roman colony on its soil in the second century B.C. Modern Barcelona experienced spectacular growth and economic revival at the onset of industrialization during the second half of the 19th century. The 1888 World’s Fair became a symbol of the capacity for hard work and the international outlook projected by the city. Culture and the arts flourished in Barcelona and in all of Catalonia; the splendor achieved by Catalonian modernism is one of the most patent displays.

Barcelona, more than just a single city, is really a collection of multi-faceted and diverse cities. The visitor unfamiliar with its history might be surprised that such a modern and enterprising city preserves its historic Gothic center almost intact, or by the curious contrast between the maze of narrow streets and the grid-like layout of the Eixample, the urban planning “Enlargement” project of the end of the 19th century.

A number of places are labelled as a must see locations in Barcelona including:

Barri Gotic: The Barri Gotic contains a concentration of medieval Gothic buildings only a few blocks northeast of La Rambla, and is the nucleus of old Barcelona.

Museu Picasso: The Museu Picasso is Barcelona’s most visited museum. It’s housed in three strikingly beautiful stone mansions on the Carrer de Montcada, which was, in medieval times, an approach to the port.

La Pedrera: Another Gaudí masterpiece, La Pedrera was built between 1905 and 1910 as a combined apartment and office block.

Montjuic: Montjuic, the hill overlooking the city centre from the southwest, is home to some fine art galleries, leisure attractions, soothing parks and the main group of 1992 Olympic sites.

Tibidabo: At 542m (1778ft), Tibidabo is the highest hill in the wooded range that forms the backdrop to Barcelona.

And what is visiting Barcelona without visiting the famous FC Barcelona Soccer team premises. The club’s stadium is Camp Nou. It can host the biggest number of spectators out of all stadiums in Europe with 98 800 seats in total. Its official name is Nou Estadi del Futbol Club Barcelona. Barcelona are the legendary champions of Europe and Spain alike. The team’s home colors are maroon and blue, and their away colors are yellow and black.

BeirutNightLife.com brings you some special photos from the Catalan City of Barcelona.