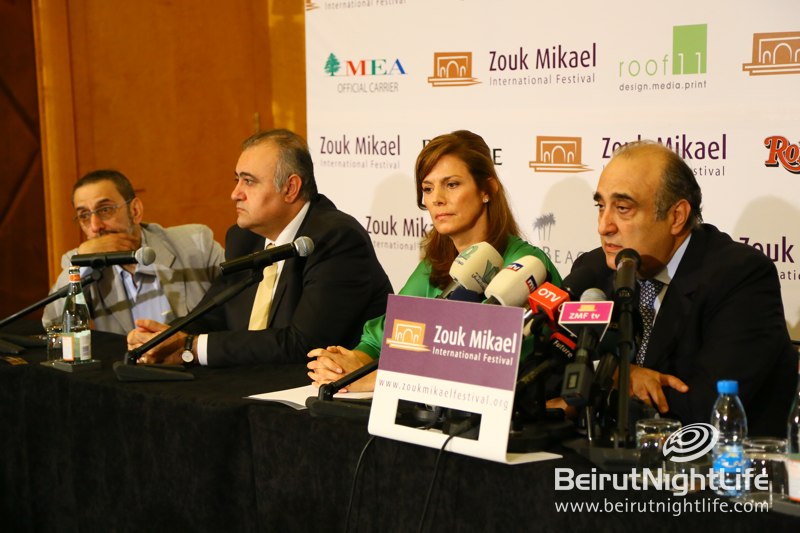 A press conference was held to announce the Zouk Mikael International Festival in the presence of the Minter of Tourism Mr Fadi Abboud on May 30. Organizers announced that they were proud of the upcoming 2013 edition of the festival, saying it’s all about the people, about bridging generations and supporting continuity in performing arts. The choice of program this year reflects the festival’s commitment and belief that the arts are for everyone, and tickets range from $20 to $120 so as to be as inclusive as possible. It was mentioned that tourism and culture are important drivers in the economy but that are unfortunately not often prioritized and the opportunity was taken to salute all the other festivals in Lebanon as well, who have steadfastly continued and not wavered for a minute their commitment to the promotion and development of arts and culture at the most difficult of times. The program for the 2013 was announced and includes:

Each of the artists at Zouk this year has influences across generations and they all bring together the various disciplines of the performing arts producing music for them and others. The press conference concluded with wishing the city of Zouk Mikael a happy 100th anniversary and thanking Mr Nouhad Nawfal for his 50 years as mayor and without whom this festival or Zouk Mikael would not be what they are today.

See you at Zouk Mikael!