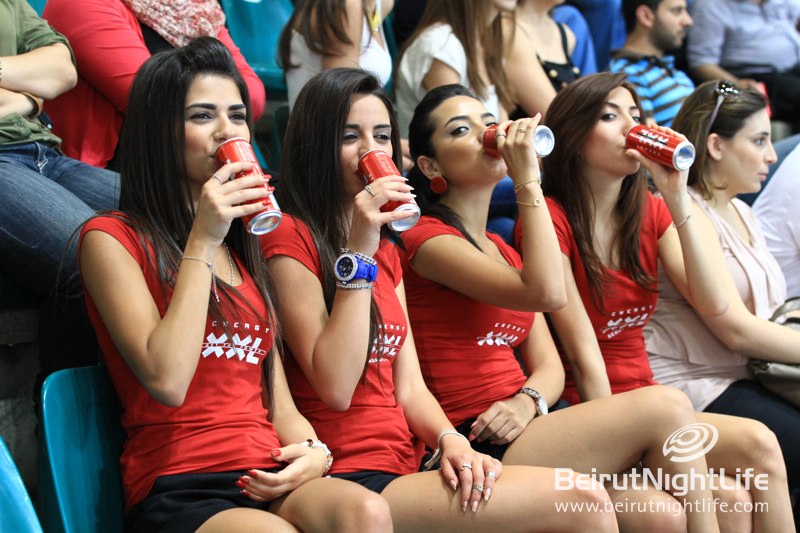 Yet another exciting game was held at the Michel El Murr stadium in Jdeideh in a Lebanese volleyball championship sponsored by energy drink giant XXL. The team Anwar played against Zahraa in a great game, while audience members cheered and supported their favorites. As always present at the event were the beautiful XXL hostesses offering the crowd energy drinks. Both teams enjoyed the refreshing drinks and gave their best performances but ultimately it was Anwar that won the game. BeirutNightLife.com was there to cover the event and share the pictures with you!