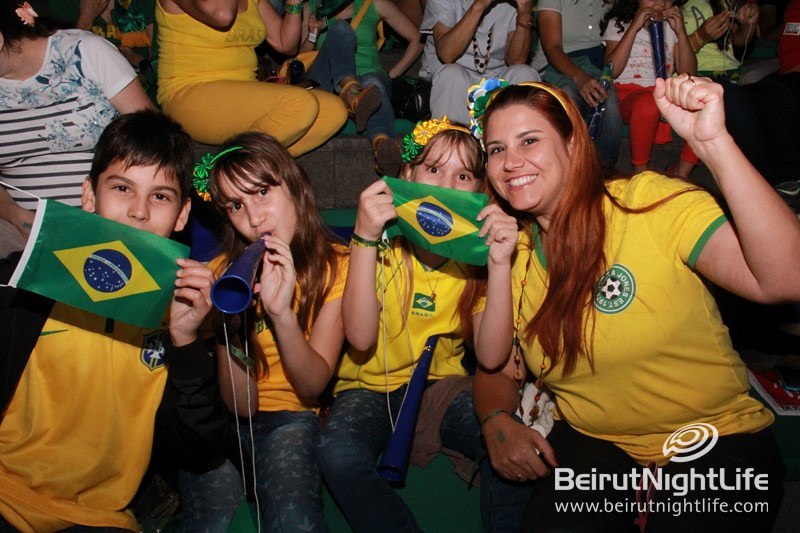 On Thursday night the year’s most highly anticipated event, the 2014 FIFA World Cup kicked off in Brazil, kicked off and a billion people watched around the world. At the Hyundai Football Village at Zaitunay Bay the crowd had an incredible view of all the live action on a massive screen, in the beautiful setting of Zaitunay Bay, surrounded by the sea, boats, luxury and fellow cheering fans. Until July 13 guests will be able to watch in bleachers of in a VIP section, along with food, drinks and entertainment for each game. During the opening on Thursday night, the Ambassador of Brazil, H.E. Mr. Affonso Emilio de Alencastro Massot made a speech before his home country’s team went head to head against Croatia (and ultimately won!) Ambassadors and representatives from Argentina, Chile, Colombia, Mexico, Paraguay as well as Venezuela were also present. Thanks to Hyundai, Credit Bank, Poliakov and Mike Sport, we’ll have an incredible venue for watching all the World Cup action this summer!