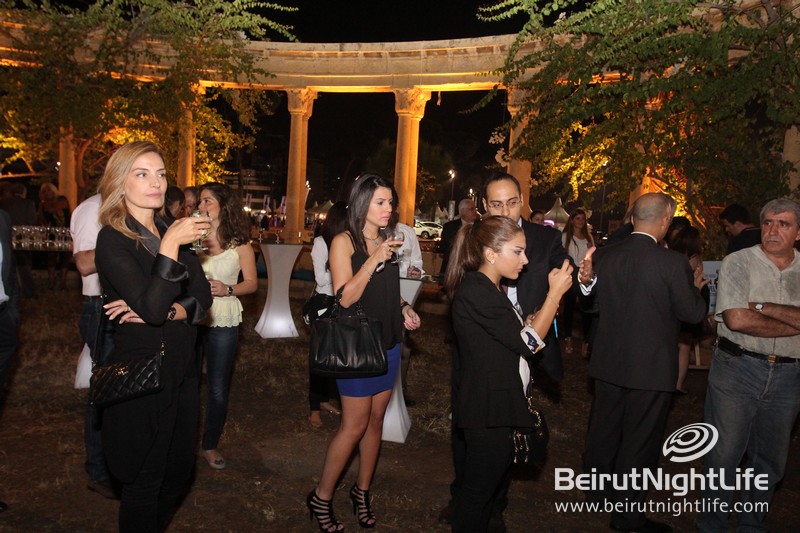 In partnership with the BSL Bank, under the patronage of H.E. Mr. Michel Pharaon, minister of Tourism, “Vinifest” was attended on the 8th of October by many local and foreign dignitaries, including H.E.M Gebran Bassile minister of foreign affairs, European ambassadors H.E. Mrs. Milagros Hernando, ambassador of Spain; H.E. Giuseppe Morabito, ambassador of Italy; H.E. Mircea Victor, ambassador of Romania, headed by the Ambassador of the European Union, the event’s guest of honor, H.E. Ms. Angelina Eichorst. Vincent Battle, former ambas-sador of the United States, with his boundless love of Lebanon was also present at this wine festival. The army chief, General Jean Kahwaji as well as several greater Beirut’s notables attended this fabulous annual launch.
Hundreds of people present around the exhibitors’ stands were enchanted with the national anthems, beginning with the one of “Vinifest”, Lebanon’s national anthem followed by a medley of European national anthems played on violin by a group of virtuosos. When the singers on stage, started the famous “Willkommen”, a magnificent fireworks transfigured the scene behind surrounded by ancestral pines, illuminating a thousand lights, like a magic wand.
Against all odds, Eventions held its promise: to live in Lebanon during four exclusive evenings, filled with the forgotten values of love of heritage, pure and simple joy and conviviality.
Emotions under one roof: The Lebanese Sky.