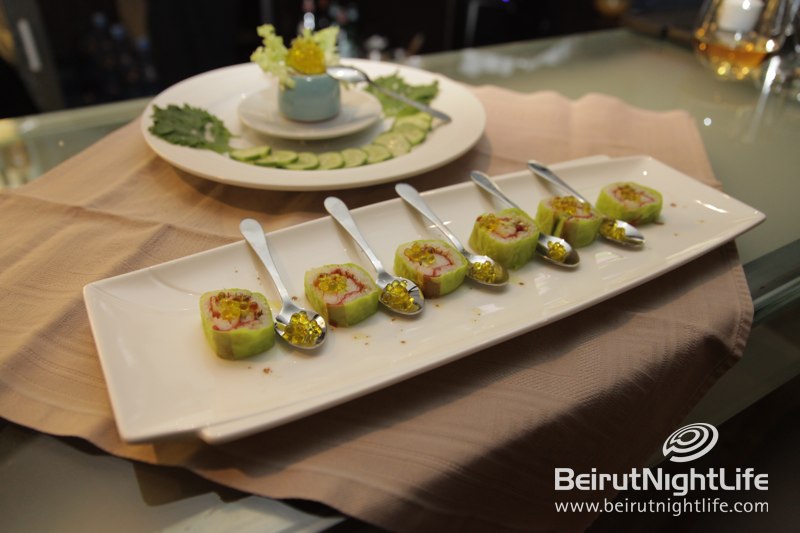 Ten Years of Magical Cuisine: The path to Caviaroli Maki™

Many years back, Japanese cuisine had not even been linked with olive oil, or even relied on it for any of its dishes. Upon founding Maki in 2002, Mohamad Zeitoun, whose last name fittingly means “olive” in Arabic, started experimenting with several “crazy”, yet innovative ideas in order to set his new fusion concept apart from the competition. He succeeded in doing just that! One of the very first ingredients that Mohamad stared to experiment with was house-made, extra virgin olive oil. The fact that Mohamad’s grandparents, including his father cultivated, pressed, and bottled premium quality extra virgin olive oil was just a bonus! Hence, the Amer Maki™ with extra virgin olive oil, tuna, wild thyme, and special spices, the Oze Akami Maki™ with healthful seaweed wrap, Aurugula, and flavorful wasabi flakes, and the Nano Maki™, with crunchy tempura, succulent salmon, and avocado. Not only did these dishes “wow” the eagerly awaiting gourmands and Maki fans, but they also set a new standard in fusion Japanese cuisine that combined Mediterranean taste with Japanese tradition. Moreover, these dishes established Maki as the first fusion Japanese cuisine restaurant in the Middle East, and perhaps the globe, to introduce such a healthy, valuable addition to Japanese gastronomy. Additionally, extra virgin olive oil is known for its healthful qualities in combatting heart disease, diabetes, and alleviating serious illnesses (due to anti-oxidation qualities),and it is also known for bringing out the taste of any food product it is added to.

Recently Maki has been seriously involved in bottling one of the most “prized” extra virgin olive oils: Oliver’s Table. Considering the fact that Mohamad’s younger brother and partner, Amer, is an expert agricultural engineer, it was only a visceral move to engage in such a passionate venture. Carefully choosing every olive tree, overseeing the picking process, the packing, transportation, the pressing, and proper bottling of olive oil, leads to the most vital qualities of extra virgin olive oil being impeccably preserved. That is exactly what Maki did with its “sister” company Oliver’s Table. Take a small sip of this oil, and you feel the essence, “fruitiness”, and the mild spiciness of this extra special, limited-crop olive oil. Only as such are you able to preserve the healthful and taste qualities of extra virgin olive oil.

Taking Japanese fusion cuisine to new heights, Maki pioneered a new, unprecedented concept across the globe that only Maki can think of. Olive oil caviar (encapsulated spheres of extra virgin olive oil), on top of a maki roll filled with delicious seafood, engulfed by a spinach wrap, and topped with special spices. To get a feel of what’s ahead: Take the first bite from the Caviaroli™ spoon, and feel the fresh, fruity burst of extra virgin olive oil. Then take one of the maki rolls and savor an emulsion of flavors. The succulence of prawn tempura, the softness of the sushi rice, the vigor of wild thyme, and the vitality of the spices, all topped with more Caviaroli™. Nothing like it! Maki uses this exclusively innovative product to not only enhance presentation and taste, but to also solidify their position as leaders in the market when it comes to elevating fusion Japanese cuisine to new sophisticated levels!