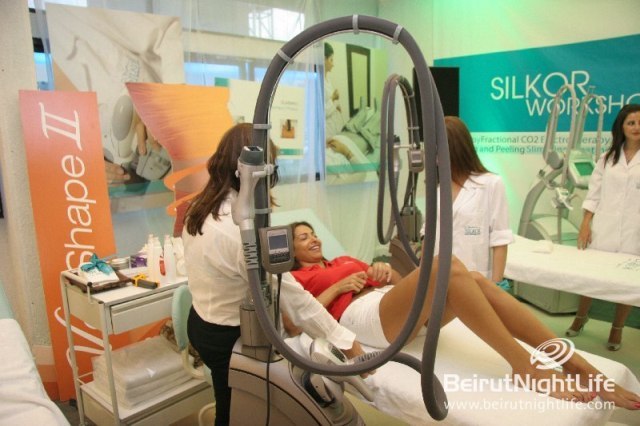 Expertise, glamour and professional care were the guests of honor at the official inauguration of Silkor Holding’s new Corporate Headquarters and Center at Saifi Village in down town Beirut. The leading MENA region’s chain of laser hair removal, laser medico-aesthetic and skin treatment services organized an event of scale in the presence of hundreds of key social figures, friends, clients and partners. he opening was in every way eventful: red carpet and gala cocktail on the ground floor, professional workshops and exhibition of the milestones on the second, and a tour of the premises on the third.

The revealing of “Annabel”, the real life bear from Bella Russia, was the primary “moment” at the Silkor event. The story of Annabel came about after the “Silkor in Your Naked Lens” University Photo Competition when a young student named Maribel Zahr from LAU submitted an adorable idea of a teddy bear with the slogan “On them it’s cute, on you, not so much”. 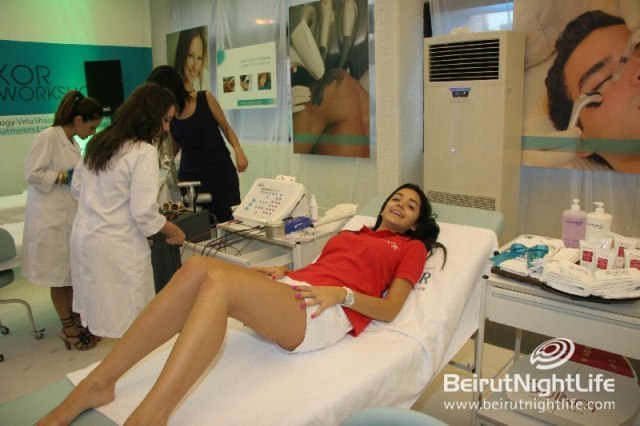 Silkor immediately saw marketing potential in this concept and decided to use the idea to fuel a memorable theme for the Silkor Solidere Opening. In addition to the revealing of the bear is the outdoor Flying Silk dancing show with dancers who came all the way from Russia especially for this event. And finally the showing of “The Silkor Chronicle” which is an HD Show Real Movie that was projected on the face of the Silkor Solidere building. This exciting story reveals the journey from Silkor’s earliest beginnings into what it is today.

“The Inauguration of our Corporate Headquarters is a major milestone in the company’s path towards excellence. It’s the crowning of our relentless effort which has resulted in an unprecedented business growth that needs to be sustained in the future” said Oscar Darakjian, CEO and Chairman of Silkor Holding. “The choice of Down Town was thoroughly examined; this is a prestigious location that serves as a hub for high profile corporate brands. The new branch is also conveniently positioned at a convergence point that is ready to host an even larger number of our existing and new clientele.”

Silkor’s CEO went on saying that the company, who delivered more than 3.2 million treatments since its creation in 1997, has excelled in numerous achievements thanks to the support of its loyal partners and friends throughout the years. He added: “From its humble beginnings Silkor has transformed into the international chain of interconnected branches it is today, the opening event aims to thank and pay tribute to every single person who participated in the success story of our company.” 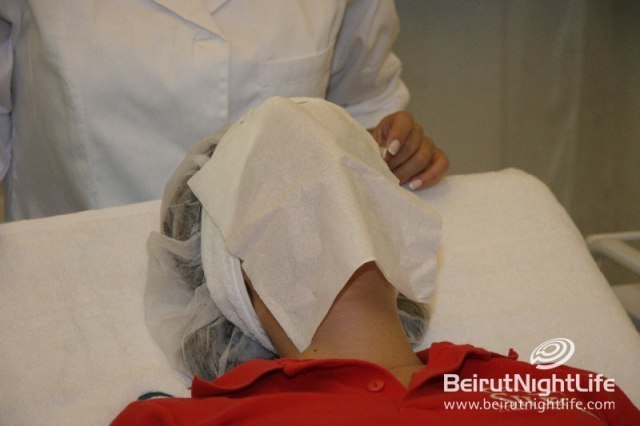 Occupying an area of 2600 square meters, the headquarters will host Silkor’s academic training center (the second center after Chtaura) which aims at strengthening the efficiency of the Silkor treatments, reducing technical resources’ turnover and creating uniformity among remote facilities. The ongoing educational curriculum provided by the company’s training center will reinforce Silkor’s best in-class offerings and enhance its customer experience.

From her side, Lara Darakjian, Executive Director and Board Member of Silkor Holding confirmed that “Silkor’s success story is purely home grown; it’s a totally local brand powered by young aspirations. From just 2 employees in 1997 to a current 250 employees, Silkor prides itself with the variety of nationalities that has come under its umbrella of recruitment.

The nationalities, apart from the Lebanese, are Australian, British, and Omani. We have worked so hard to achieve the Silkor dream and have thus partaken in energizing the local and regional economies by introducing a new industry, creating new job opportunities and inspiring others to launch innovative enterprises.”

She added: “As a member of the board, I would like to stress on how much we believe in Lebanon and the Lebanese talents. This is why we have taken steps to replicate our local achievement in other countries in the region, relying on a team of Lebanese experts who actively contributed to our company’s success.”

With this expansion and success Silkor has decided to bring out their charitable side and has just recently instigated the “Silkor Foundation” which is the humanitarian department of Silkor Holding. This foundation will be responsible for supporting and funding enterprises for educational programs, corporate social needs assessments, and relief causes.

Silkor Holding has seen a spiraling expansion in the Middle East and GCC countries, launching many branches in the UAE, Qatar, Kuwait, Bahrain, Greece, Oman and Lebanon, capitalizing on current economic conditions to boost its ambitious growth plan.