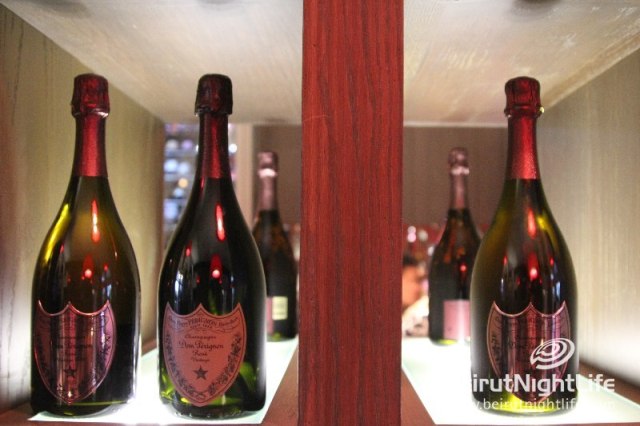 After the tremendous success of his signature album “Belaaks”, which included a Jean Paul Gaultier special edition, Jean-Marie Riachi has released an exclusive compilation under the “Oreole” label, for and inspired by the new Rosé restaurant. This release includes a special edition, signed Zuhair Mrad, who designed the VIP room overlooking the restaurant’s water-cooled garden. The new CD, entitled Rosé Noche, was released at a glamorous event held at Rosé, during which the limited edition Dom Pérignon Rosé Vintage 2000 bottle was also launched.

Dom Pérignon Rosé is made from the purest fruit: the rarest Pinot Noir and Chardonnay grapes. Only a handful of the finest grands crus  vineyards have the soil and exposure that enable them to attain their fullest expression. Almost ten years of aging on the lees in the Dom Pérignon cellars brings out the wine’s fresh, fruity vibrancy and maturity, enabling it to reach the desired intensity and complexity and expressing full richness and depth.

Rosé is an exquisite Spanish restaurant located in the heart of Beirut. Situated on Rue Pasteur in one of the most elite districts, Rosé resides in a magnificently restored building dating back to the early 1900s. Its everlasting décor and continuously evolving menu is set to attract both corporate and leisure clients.

“We plan on capturing the true essence of Spanish gourmet food along with the restaurant’s lively ambiance by night,” stated Jean Marie Riachi. “The album itself is inspired by the upbeat, sexy and trendy atmosphere of the restaurant.”

The location, as well as the music, inspired Dom Pérignon, the famed Champagne brand, to become a partner in the project, hence launching the limited edition bottle of Dom Pérignon, with its metallic label during the evening.

“It is only appropriate that the launch of such a refined bottle takes place in Rosé. Far beyond sharing a name, the place itself reflects what Dom Pérignon Rosé is all about: refinement, pure elegance, and a perfect mix of both worlds,” said Sylva Yazerly, Trade Marketing Manager at Diageo, the mother company of Dom Pérignon.

With all the perfect ingredients for an ideal evening- a delicious restaurant, a refreshing album, and a superb Champagne- the launch of both the album and the exclusive bottle were a resounding success.