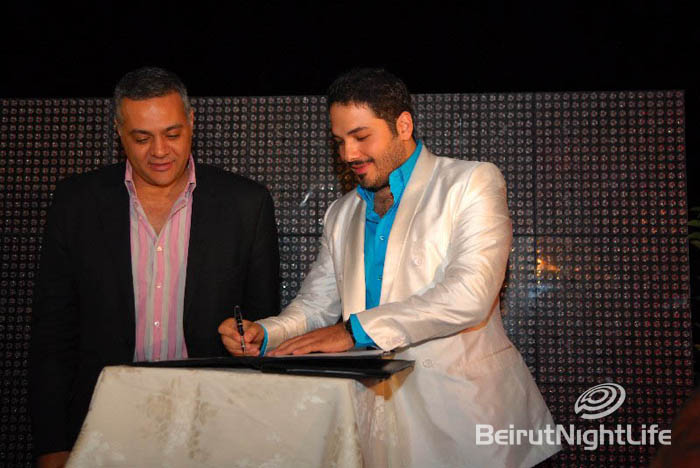 The pop star Ramy Ayach finished lately recording a duet with the Egyptian singer Ahmad Adawia entitled “Annas Al Rayaa ”. Ramy said that the idea was a coincidence, since he was meeting the song’s composer to discuss his new album’s songs and he found the song’s incomplete version which he liked a lot. When he listened to it later in its full version, he felt that it would be very suitable for him to sing it with Adawia. So they called him and he was very excited for the duet the moment he listened to it. Ramy added that he is a big fan of Adawia, who is considered one of the most important singers in Egypt.

Pop star Ramy Ayach ended recently his contract with Rotana company to join Melody. He had met with the company’s CEO Jamal Marwan and he was satisfied with the package he offered to him. Ramy will sign the contract in two weeks. Will Melody take care of Ramy more than Rotana did?