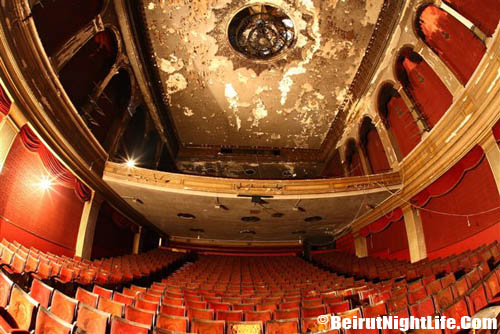 The Piccadilly Theatre in Rue Hamra, Beirut was a major venue for concerts, musicals and plays in Lebanon during the 1960s and the 1970s. Though it had a small amount of seats (nearly 700), the Piccadilly was considered as a VIP theatre in Lebanon, and the Middle-east. The theatre closed down in the mid 1980s, soon after the beginning of the Lebanese civil war which lasted from 1975 until 1990. It was run by the Itani cinema company. Among the important artists who performed there:

Currently, the theatre is undertaking works of restoration and renovation for its reopening.