Officine Panerai continues the expansion and qualification of its distribution network with the opening of the new mono-brand boutique in Beirut, Lebanon, thus consolidating its presence in one of the world’s most prestigious shopping locations. The new Officine Panerai boutique is opened in partnership with Wadih Mrad, for over 75 years one of the most important Lebanese companies in the watch and jewellery market and already the exclusive distributor of Panerai watches in Lebanon. 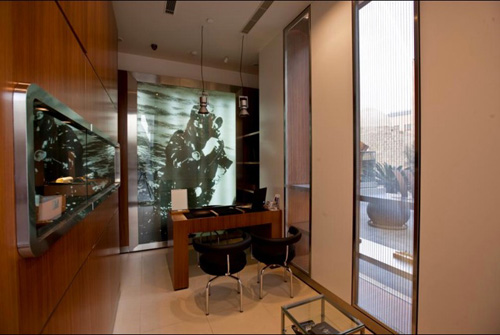 Situated on a promontory on the Mediterranean Sea and surrounded by mountains, Beirut has for 5,000 years been a strategic trade crossroads between East and West, and is currently undergoing extensive redevelopment aimed at renewing the city’s cosmopolitan outlook. The new Panerai boutique is located in the Beirut Souks, the prestigious commercial district that houses many of the major international luxury brands in a context reproducing the atmosphere and architecture of traditional middle-eastern “souks”. The Beirut Souks is situated in the very heart of the city, the Beirut Central District, also known as Solidere, an area of more than 100 thousand square metres – 60 thousand of which form a pedestrian precinct – were state-of-the-art facilities and services stand alongside important ancient landmarks.

The design of the new boutique, which will have a floor space of around 50 square metres, is that typical of Officine Panerai boutiques, where shapes, colours and materials contribute to recreating a simple environment that takes inspiration from the sea, the element that more than any other characterizes the distinctive identity of Panerai watches. From the historical supply of highly specialised, precision instruments to the Italian Navy, up to the current sponsorship of the vintage boats regatta circuit Panerai Classic Yachts Challenge, the sea has always played a leading role in the Florentine company’s history, and the boutiques evoke this link through teak wood and steel, porthole-shaped windows and sinuous fittings recalling ocean waves and the shapes of the most elegant yachts. 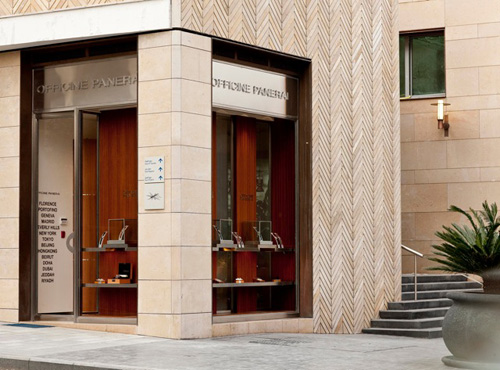 The Officine Panerai boutique in Beirut is the first in the middle-eastern Mediterranean area and the sixteenth in the world following those in Florence and Portofino, Madrid and Geneva, Dubai and Doha, Riyadh, Los Angeles and New York, Buenos Aires, Macau, Shanghai, Beijing, Hong Kong and Tokyo.