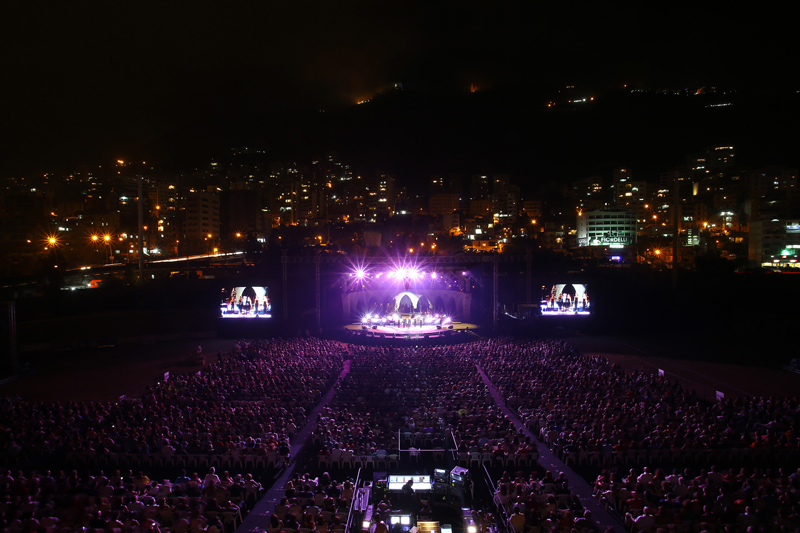 For the 2013 edition of the Jounieh International Festival, organized by the NGO Phellipolis, the internationally loved star of French music, Michel Sardou, whisked Jounieh into another universe last night, June 29th 2013, as part of his “Les Grands Moments” (The Greatest Moments) tour.

The Jounieh International Festival wows its audience year after year with spectacular shows and much-loved artists and did not stray from that tradition in 2013, with its first big concert giving Lebanese music lovers the chance to live a great moment with this great French singer. Michel Sardou was born in Paris in 1947 and dove into the world of music in 1965. However, his career was launched later, in 1967, when Charles de Gaulle requested that Sardou’s song, “Les Ricains” be pulled off airways, which had people buzzing the singer’s name. And in 1970, Michel Sardou became a household name, singing hit after hit –his disc J’Habite En France was his first commercial success, and songs like les Lacs du Connemara, Je Vais T’Aimer, Vladimir Ilitch, En Chantant, La Rivière de Notre Enfance, Musulmanes, la Java de Broadway, La Fille aux Yeux Clairs… quickly gained popularity. There is no doubt that his most famous single, La Maladie D’Amour (The Love Disease), made him a legend, but also makes people think he only sings about love, which is not the case. The singer deals with social issues in his songs and is a great philanthropist. He was friends with Coluche, the founder of the Les Restos Du Coeur charity, and participated in the first Enfoirés tour in 1989 to fund it. His career is not limited to song –he appeared on the big and small screens as well as in stage productions.

With his musicians and backup singers, Michel Sardou enchanted the audience and delighted everybody with his greatest hits. The ecstatic crowd welcomed him with thunderous applause and lived his greatest moments along with him, carried away by his voice and clapping along to the hits they all knew. The crowd was eclectic, with people of all ages attending the concert, for Michel Sardou’s voice and art have not aged with the years and his energy on stage made this concert a superb start for Jounieh’s 2013 concerts. 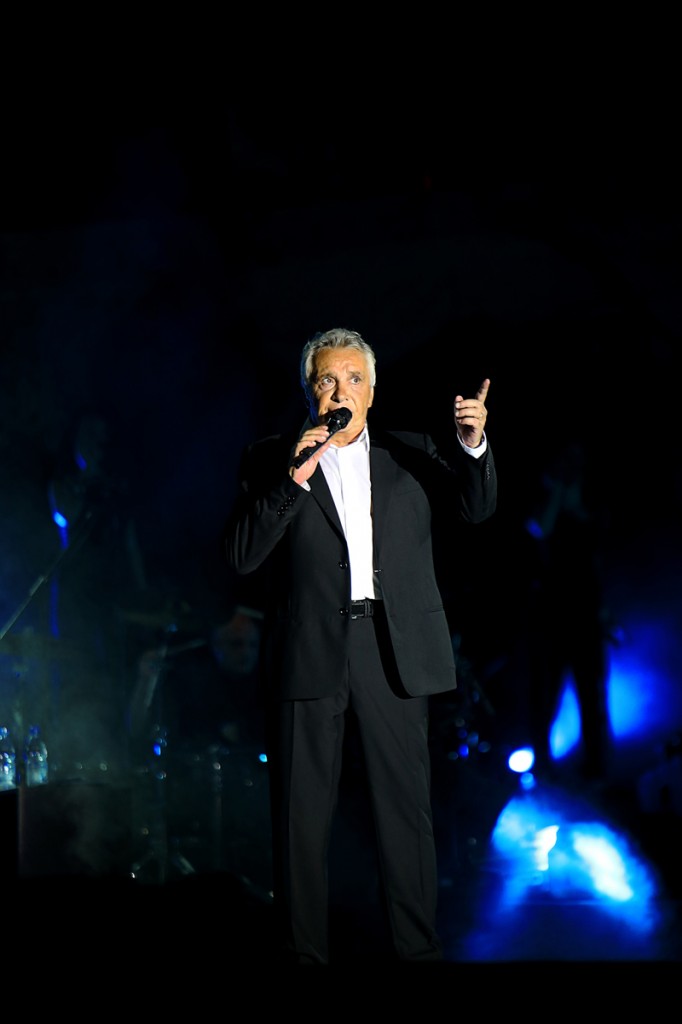 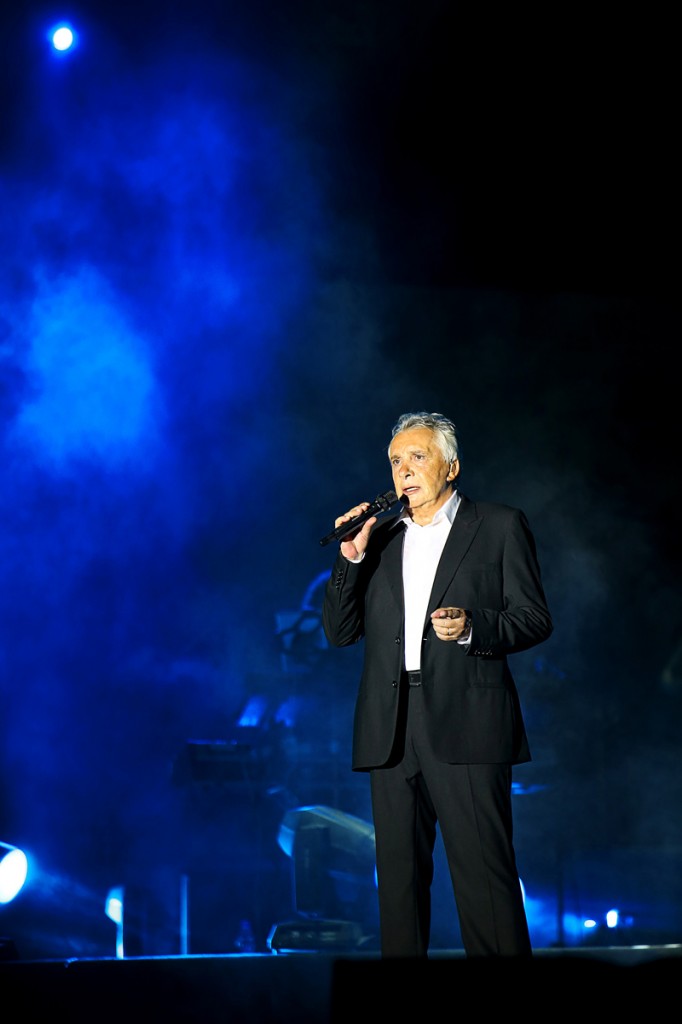 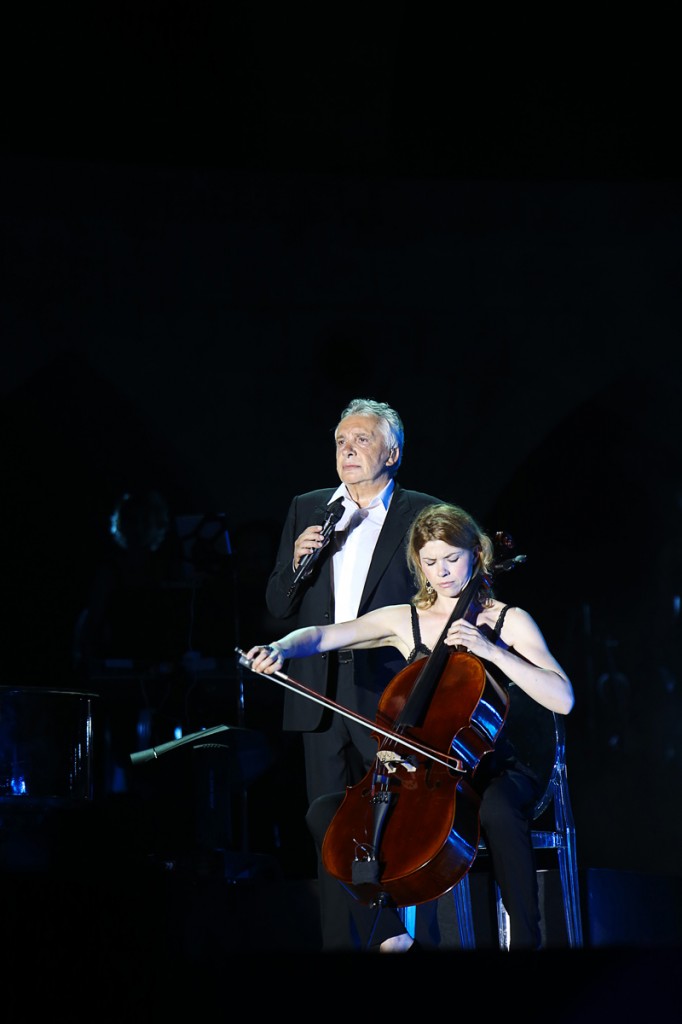 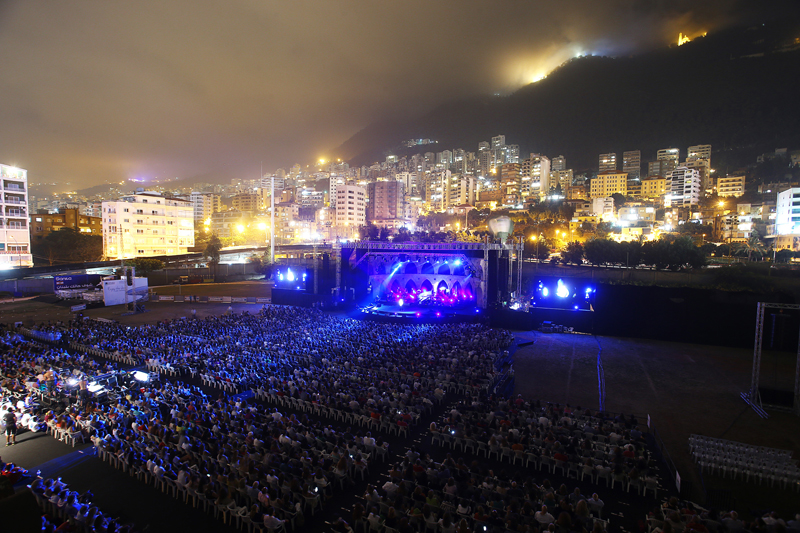