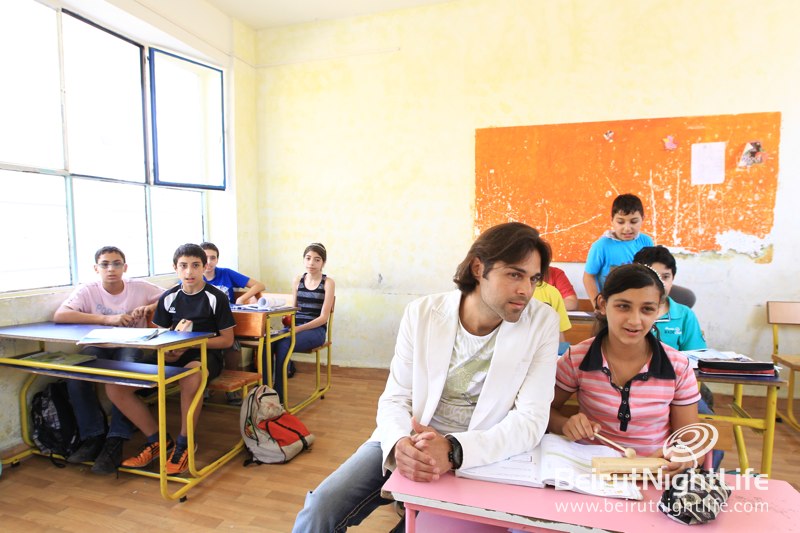 Epilepsy Awareness Campaign in Lebanon organized a visit for the Lebanese star actor, Mazen Moadam, to the Avance Association & School as part of its ongoing activities to support epileptic patients and raise awareness about the condition.

Promedz- Lebanon recently launched the campaign as part of its Corporate Social Responsibility activities aiming to raise awareness about Epilepsy in the Lebanese society as it is still considered a taboo and an embarrassing matter to many families.

Mr. Moadam, one of the renowned actors in Lebanon, visited the Avance School in Furn El Chebbak, which is a school taking care mostly of Epileptic children. The visit included a special tour in the association, where he interacted with the children in their classes.

Mr. Moadam said: “I would like to congratulate Avance School & Association on their efforts in helping these children. It is a pleasure to take part in the Epilepsy Awareness Campaign in Lebanon and help in raising awareness, and I call upon everyone to help spread the word in the Lebanese Society”.

Ms. Arelette Honein Noaem, Director of Avance School & Association for Epileptic Children: “In the name of the Avance school staff and students we would like to thank Mr. Mazen Moadam for his visit and support. We introduced Mr. Moadam to our services including Psychological, Physiological, and Speech (Orthophemism) therapy. We also provide the children with special care, music, dancing classes and handcrafts. We also seek to raise awareness in this viscous society that does not show mercy to our children who suffer from Epilepsy.”

Epilepsy is a neurological disorder characterized by recurrent and unprovoked seizures, which causes, when known, can range from genetic factors, brain malformation, diseases and infections to brain injury, among others. Around 1% of the worldwide population suffer from this medical condition, with nearly 80% occurring in developing countries which means that in Lebanon the numbers are even higher . No accurate statistics are available as people refuse to consider it as a medical condition, so they hide it as a taboo and an embarrassment. Many still revert to voodoo or religion instead of consulting with a healthcare professional.

Epilepsy is a medical condition that can be treated instead of ignored and hidden.

Help raise awareness and speak up.

Epilepsy, It’s Time to Speak Up