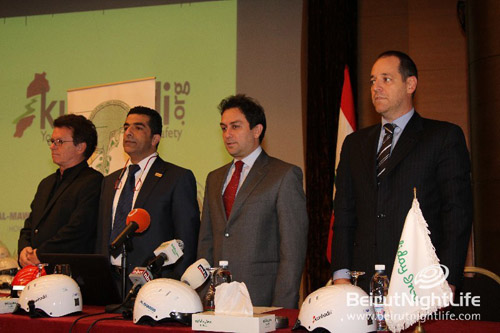 Kunhadi celebrated it’s 4th Anniversary this year, at Holiday Inn Dunes emphasizing the Helmet campaign for this year. The event was attended by  H.E Lebanese Minister of Interior Ziad Baroud, Mr. Fady Gebrane, President of Kunhadi, Mr. Marwan Kheireddine, CEO of Al-Mawarid Bank, and Mr. Greig Craft (The Asian Injury Prevention Fund Chairman. More than 1000 Free Helmets were  distributed as a gift to to the attendees to deliver the message of the importance of wearing the helmet while driving a motorbike.