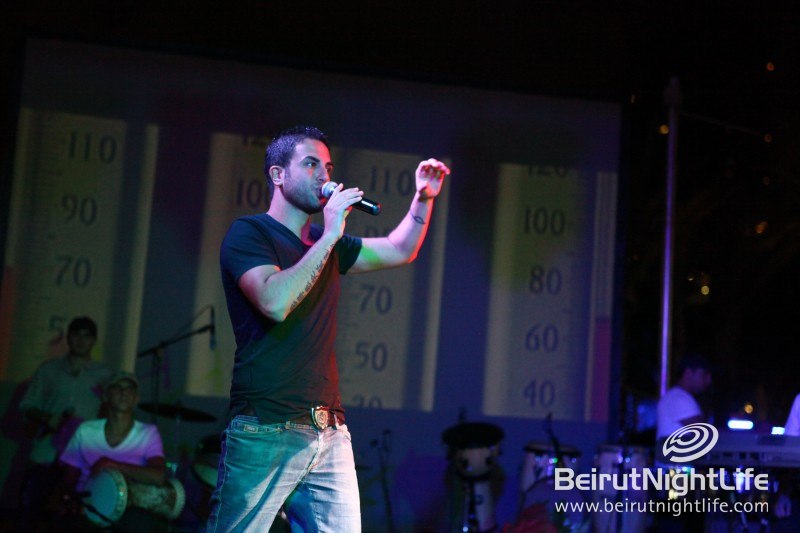 The official Jad Shwery’s new album release concert “3esh ha keda” (Live it this way) took place at the Riviera Hotel, where the star performed the latest tracks from his new album 3eshha keda (live it this way) which was recently released into the market, along with his previous hits and some covers, in a rock-solid and modern choreographed show. Guest band warmed warm up the mood; followed by pop & house DJ, Scarface, who took over the rest of the night.

Jad Shwery always in search for new styles, new music, and new crowd experiences – brings his latest album & CD launch. The first release from the new album “3esh ha keda” which is a Melody music production, is a song called “kasseretly el siyara” (she smashed my car); an upbeat dance track that transforms the folkloric Dabke to an untraditional electronic sound, setting a new tone in the music industry.