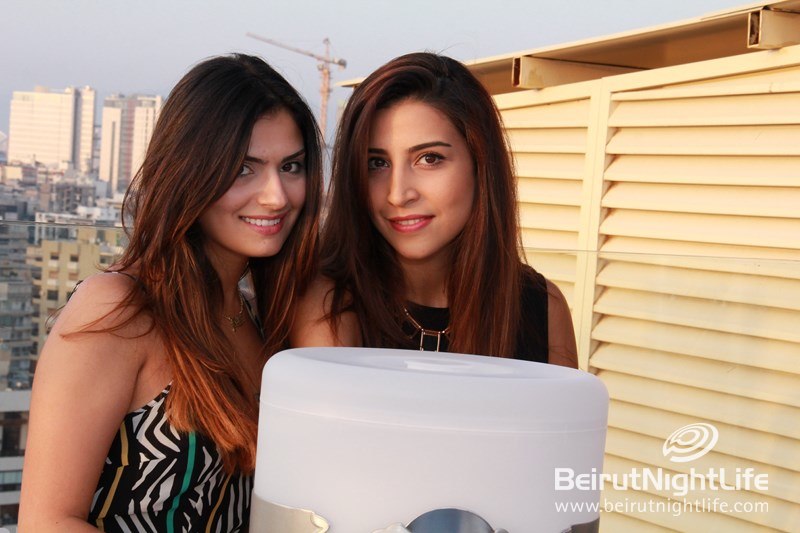 Lebanon has its own wine, arak and beer, but for the first time it now also has its own vodka! So said the brand new premium vodka’s CEO Adam Rafeh AbolHosn at the pre-launch party for J2 Vodka that was held last Thursday at the Lancaster Plaza hotel’s rooftop in Raouche. The new vodka is made in Poland from Lebanese spring water, and its name comes from the J2 DNA strand that is carried by descendants of the Phoenicians. Calling it the “party gene”, the awesome people behind J2 are bringing a whole new spirit of partying with this high-quality beverage, the unique Lebanese party spirit of those that always lives life to the fullest. Guests enjoyed J2 drinks while watching a stunning sunset over the Mediterranean, followed by a DJ set by maDJam and the beautiful voice of Xriss Jorr serenading them into the night.

Newer Post Colors and Creativity at the Summer Afkart Exhibition in Zaitunay Bay
Older PostBeirutNightLife.com Brings You the Official Lebanese Top 20 the Week of June 22, 2014