Head Down to Beirut Souks and Discover Christmas Village 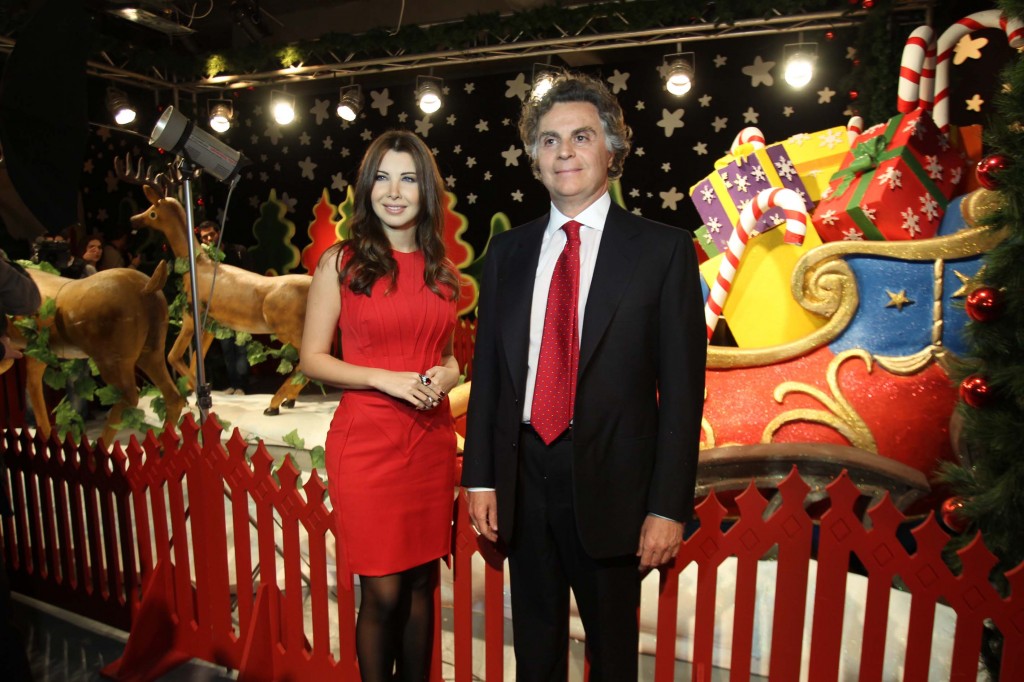 Solidere launched the Christmas and New Year festivities with the celebrations started with a Christmas Parade at the Beirut Souks. In presence of Dr. Nasser Chamaa, Chairman and General Manager of Solidere and singer Nancy Ajram, the early celebrations saw the beloved Lebanese Star illuminating the Christmas tree. The inauguration events of Beirut Celebrates 2011 witnessed the participation of a large crowd of visitors and media amid a fireworks’ show.

The celebrations picked up with Santa Claus moving with his trail from zawiyat Ibn Iraq at the southern entrance of Beirut Souks. The parade was accompanied by a large number of dancers, music bands and Christmas characters, as it toured all the Souks’ streets up to the Ajami Square where the tree was lit up.

In a cheerful festive atmosphere and surrounded by children, Santa and Nancy Ajram invited all visitors to explore the 1200 square-meter “Christmas Village” at the Venue hall in Souk El Arwam. At the Village, kids were handed over nice presents after taking souvenir pictures with the jolly Santa.

On another front, Solidere announced that the sacred music Festival “Beirut Chants” has already kicked off. The choral music celebrations were inaugurated by the French Choral “Concerto Soave” at the St. Maron Church in Gemmayzeh, in presence of H.E. Denis Pieton, the French Ambassador in Beirut in addition to an enthusiastic audience who came to enjoy this unique performance.

A number of chorals will participate in the Beirut Chants activities on a daily basis over 24 consecutive nights. Solidere has launched this festival in 2008, and established it as a tradition stressing the BCD’s role as a center of religious tolerance and diversity.

The Beirut Celebrates 2011 festivities including the Christmas Village and other entertainment shows will take place daily at Beirut Souks from 4 to 8 p.m. The activities will remain until the 8th of January 2012.